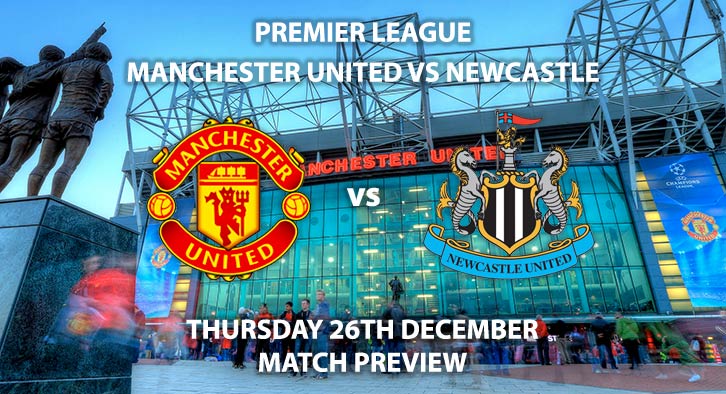 Ole Gunnar Solskjaer will want to quickly forget their Watford embarrassment as they lost 2-0 to bottom of the table last time out and make things right and Old Trafford. Meanwhile, Steve Bruce will be wanting to cement their position as a solid mid-table side in the Premier League.

Manchester United are priced at 4/11 to win the match by SkyBet and make up for their Vicarage Road blunder. United are well aware of their form against the ‘lower opposition’ in the table that has led them to having a stop start campaign. Despite their clear errors in their previous outing, one positive was the return of Paul Pogba. The midfielder has not escaped the headlines with his exit rumours but was a class above in his cameo against Watford. He is priced at 2/1 to score anytime.

Newcastle United are priced at 8/1 to win the match and pull off a shock that would continue their good form in the league. The Toon are going well in the league under Steve Bruce – who is proving many doubters wrong. They have much more of an attacking presence in recent weeks and this is shown by their three wins from their last four matches.

Last time, Miguel Almiron finally broke his duck and scored his first Newcastle goal in their 1-0 victory over Crystal Palace. He is priced at a huge 8/1 to net again as his confidence grows in black and white.

The referee for this match will be Kevin Friend. The official has been rather quick to brandish his cards this campaign and has averaged 40.4 booking points from his 12 top-flight encounters. SkyBet are offering 1/1 for 40+ booking points.

The match will be televised on Amazon Prime Video and kicks off at 17:30.

– It should be a tight affair but United should just steal it.