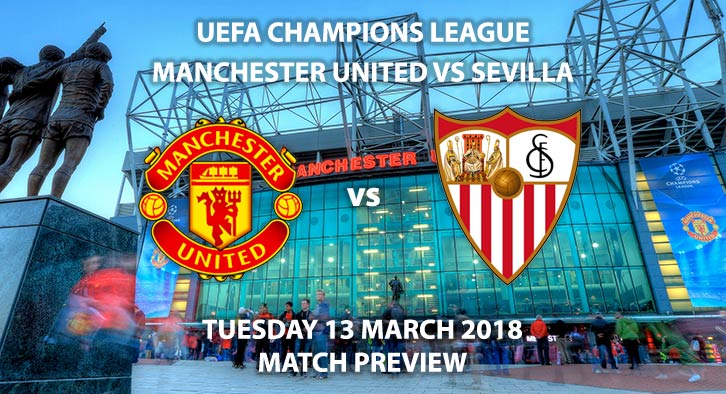 After a massive win over Liverpool on Saturday, United will be desperate to advance in this competition. That victory over the Reds has given United a five-point cushion over their rivals and moved them nine points clear of fifth place.

United should be assured a top four place with only eight Premier League games to go, given their huge lead. Consequently, Jose Mourinho can focus on securing some silverware, with both the FA Cup and Champions League on offer.

After a 0-0 draw in Spain a fortnight ago, United will need to show more attacking intent to win this tie. Paul Pogba missed their win at the weekend and the Frenchman looks set to be ruled out of this game as well. That could allow for Marcus Rashford to retain his starting spot after his impressive brace against Liverpool. Romelu Lukaku was also one of United’s stand out performers. The Belgian led the line fantastically; harassing and harrying the Liverpool backline at every opportunity.

Sevilla fell to defeat at the weekend against Valencia. The result left them 11 points adrift of the top four. With Champions League football unlikely to return next year, it’s crucial they make the most of their experience this time round. One away goals for Sevilla would put in the driving seat in this tie.Going to Old Trafford is never easy but with the attacking options they have at their disposal, they can cause United problems. Sevilla have won their last two away games in La Liga which should therefore give them some confidence ahead of this fixture.

Manchester United have only lost two home games since Mourinho took charge. Both of those defeats were against Manchester City, meaning they haven’t lost at home in Europe under the Portuguese. The referee for this game is Danny Makkelie. The Dutchman plies his trade in the Eredivisie where has averaged 3.17 cards per game this season. This includes 52 yellow cards across 18 games in addition to three dismissals. As a result, booking points may be a good route to look at in this game.

Whilst United are hot favourites to progress at home, Sevilla won’t make things easy for them. I think they have enough to go through though. Thus, I am going for a narrow victory.

Manchester United vs Sevilla will be televised live in the UK on BT Sport 1 with kick-off at 19:45.

More markets will be added prior to the game kicking off this evening.