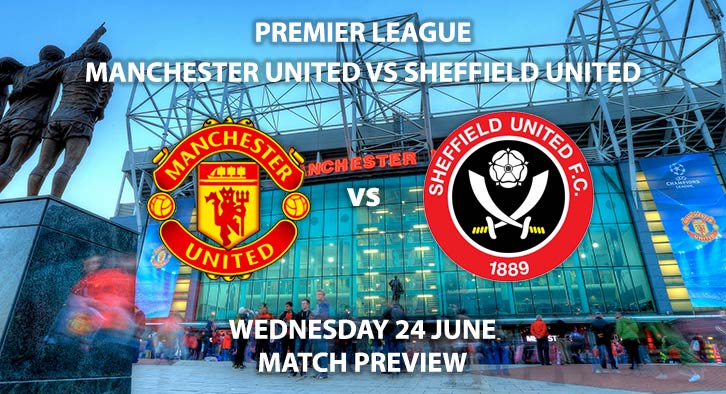 Manchester United return to Old Trafford on Wednesday night when they host Sheffield United in the Premier League.

Both sides will be looking to return to winning ways in the league after failing to do so since its resumption. Manchester United returned on Friday night and were held 1-1 with Tottenham Hotspur. Sheffield United on the other hand are yet to win in their two matches after the Premier Leagues return. They drew 0-0 with Aston Villa last Wednesday and were well beaten 3-0 by Newcastle on Sunday.

Only two points separate these two sides ahead of kick-off. Manchester United are on 46 points in 4th, meanwhile the Blades are in 7th on 44. Both sides have aspirations of securing European football for next season.

Novembers meeting between these two was a thriller and finished in a 3-3 draw at Bramall Lane. Ollie McBurnie struck in injury time for Sheffield United to ensure a share of the spoils.

The Blades will be without goalkeeper Dean Henderson who is ineligible to feature against his parent club. Henderson has kept 11 clean sheets this season and level with Alisson and Nick Pope in the battle for the golden glove.

Manchester United have won three of the last four meetings in this fixture and are priced at 4/9 on SkyBet to take all three points in this one.

The referee for Wednesday’s encounter is Anthony Taylor. The 41-year old has overseen 25 Premier League matches this season, accumulating a total of 104 yellow cards and 5 red cards. Novembers meeting between these two produced three yellow cards, and I would recommend a minimum of 30+ booking points.