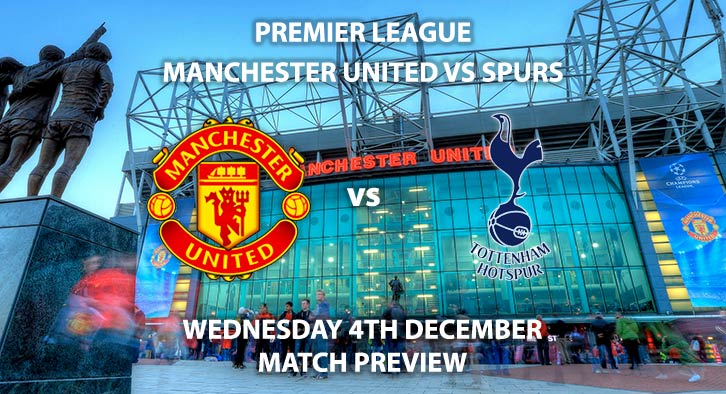 United manager Ole Gunnar Solskjaer is in desperate need of a win as reports have surfaced that his future at Old Trafford is on thin ice. Meanwhile, Mourinho is still settling into life at Spurs and is chasing down the top four.

Manchester United are priced at 13/8 to win the match on SkyBet and potentially save Solskjaer’s job for now. The Red Devils have been under plenty of scrutiny this season for their below par performances and results. They are currently ninth in the Premier League but have been less than convincing in most of their matches. Marcus Rashford has shown moments of brilliance and will want to steal the headlines this Wednesday night. He is priced at 7/5 to score anytime.

Tottenham are priced at 8/5 to win the match and add to their five-match unbeaten run in all competitions. Mourinho has hit the ground running at Spurs and his side are chasing down the top four in the league. His side are free flowing in attack and the Portuguese boss seems to have revitalised Dele Alli.

The attacking midfielder grabbed a brace in their previous win against Bournemouth and is priced at 14/5 to score anytime. Striker Harry Kane is also still finding the back of the net with ease and has seven goals in this campaign. He is priced at 7/2 to score first.

The referee for this match will be Paul Tierney. The official has been one of the more lenient in the topflight and has averaged 30.9 booking points from his eleven Premier League matches in charge. SkyBet are offering 11/10 for 50+ booking points in this grudge match.

Manchester United vs Tottenham Hotspur will be televised on Amazon Prime Video and kicks off at 19:30.

– The visitors are in fine form under Mourinho and their forward players will be too much for United’s shaky defence.