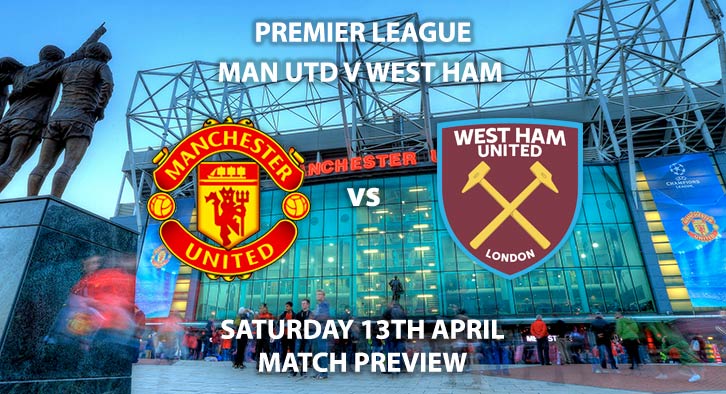 Ole Gunnar Solskjaer’s initial honeymoon period has well and truly warn away with four losses in their last five matches. Meanwhile, West Ham are also in bad form with consecutive 2-0 losses in their previous run outs.

Manchester United are favourites for the bout and are priced at 2/5 to win by SkyBet. The hosts are still in the race for the top four however their recent form has them as outsiders as it stands. They have lost to Wolves and Arsenal in recent weeks. Going forward Romelu Lukaku has been a standout performer. The Belgian has scored 12 goals in the league and he is 3/1 to break the deadlock.

Earlier in the season, they lost 3-1 to their opponents. They have not lost a league double to West Ham since 2006/07 season.

West Ham are underdogs and are priced at 13/2 to win. The Hammers have had a solid enough season without being spectacular. However, they enter this match on the back of two losses. Their last win came in dramatic style in a 4-3 win against Huddersfield. Two late goals from Chicharito won them the match and added to his total season tally of seven goals. He is 10/1 to open the scoring this Saturday.

The referee for this match will be Graham Scott. The official has been one of the most lenient in the top flight and has averaged just 25.5 booking points per match. The last time these two met, there was just one booking. SkyBet are offering 11/10 for under 30 booking points.

– Both sides are in bad form and it is hard to pick a winner.

Odds and markets last updated on Saturday 12th April 2019 @16:40 GMT. Keep checking back to see if there’s any updates to markets – the time stamp in the previous sentence for when we update tips on this page will be updated.