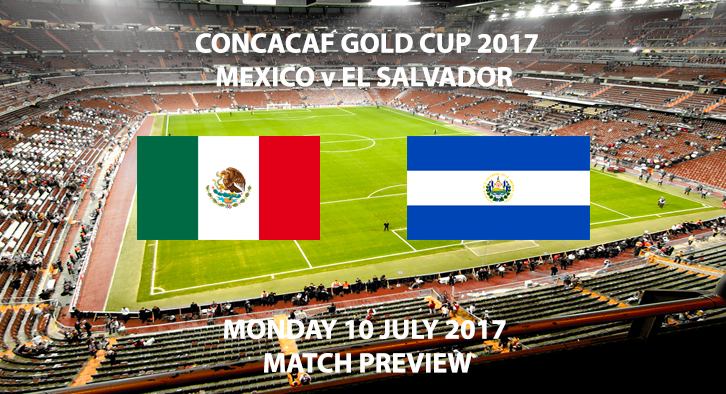 Mexico vs El Salvador – Match Preview – Mexico face El Salvador in their opening match in the Gold Cup. Mexico enter the match on the back end of a fairly successful Confederations Cup campaign; where they lost in extra time of the 3rd place play-off with European Champions, Portugal. To the average football fan, El Salvador are a rather unknown quantity, with no players of significant status on the World stage. On paper, Mexico should cruise to victory.

Mexico are the current reigning champions of the Gold Cup; a title that manager, Juan Carlos Osario, will look to successfully defend following a promising run of performances in the recent Confederations Cup. However, with the Confederations Cup campaign still only a week ago, the squad is seeing plenty of fresh faces, young and some uncapped players entering the fray and looking to make an impact for their country during the off season. The ‘second XI’ of Mexico have been in two recent friendlies in preparation for the Gold Cup whilst their stronger outfit was battling away in the CONFED Cup. With a 1-0 win over Ghana and a 2-1 victory over Paraguay, the Mexicans will look to carry their momentum into this opening fixture. Can they seal their first win of the Gold Cup?

Whilst Mexico have had non-stop fixtures as of late, their opponents have had quite the opposite. El Salvador have only played three friendlies since late January and unsurprisingly enter this match as heavy underdogs. Most recently, a 3-0 loss to Ecuador hasn’t shone the South American’s in a very attractive light. The country itself is the most densely populated and smallest country in the Americas, however their players will be playing with immense pride against tough Mexican opposition. Manager, Eduardo Lara, joined El Salvador’s youth system in 2015 before taking charge of the senior national team last year. Can Lara lead his side to pull off a special victory?

Last time these two met, it was last year in a goal fest ending in a 3-1 victory to Mexico. Will history repeat itself?

Neither country has any injuries or suspensions ahead of the opening match. With both managers able to pick their strongest available sides, we should be in for a cracker of a match.