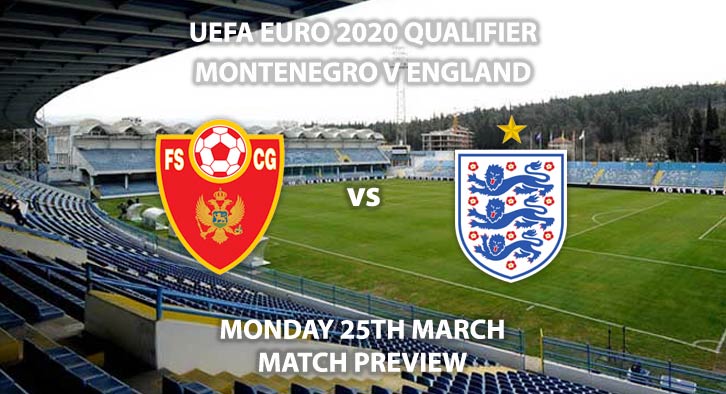 Montenegro vs England: England will be looking to follow up their 5-0 route over the Czech Republic with another win away at Montenegro in Group A.

The Three Lions got off to the perfect start at Wembley on Friday night. Raheem Sterling was the star of the show as the winger grabbed a hat-trick in the 5-0 battering. Gareth Southgate’s side dominated from start to finish, with a forward trio of Jadon Sancho, Harry Kane and Sterling causing endless problems. Sancho was lively on his first England start, whilst Jordan Henderson also caught the eye in midfield. With a number of players missing, this doubleheader has provided a number of players an opportunity to show what they can do. Declan Rice and Ross Barkley will be pushing to replace the injured Eric Dier after both put in solid displays from the bench. Michael Keane also did his chances of retaining John Stones’ regular spot no harm, as he and Harry Maguire kept a clean sheet. Although, in truth, they were rarely tested.

Montenegro threw away a one-goal lead to raw away in Bulgaria on Friday night. The pair will be both fancy their chances of nicking the second spot in Group A, alongside the Czech Republic. England are clear favourites to win the group, however, Montenegro will be one of their tougher tests. Striker Stefan Mugosa grabbed their goal on Friday and will be one for England backline to keep an eye on. Higher-profile names such as former Manchester City, now Monaco, striker Stevan Jovetic and Atletico Madrid’s Stefan Savic are both out of the game through injury. Montenegro haven’t taken on the Three Lions since the qualification for 2014 World Cup, but have only lost to them in one of their last four meetings, back in 2013.

Aliaksiej Kulbakou is the referee for this game. The Belarusian official has taken charge of several Champions League and Europa League games, including Bayern Munich, Borussia Dortmund and Chelsea. In his last 105 matches, he has averaged 3.19 cards per game. Therefore, I would recommend a maximum of 50+ booking points for this game.

England were truly outstanding on Friday night, even against inferior opposition. They will once again be strong favourites for this match, but I don’t see them having many issues securing all three points.

Montenegro vs England will be televised live in the UK on ITV 1 with kick off at 19:45 GMT.

Keep visiting the tips and preview area for further updates and betting previews as we have domestic action returning at the end of week.