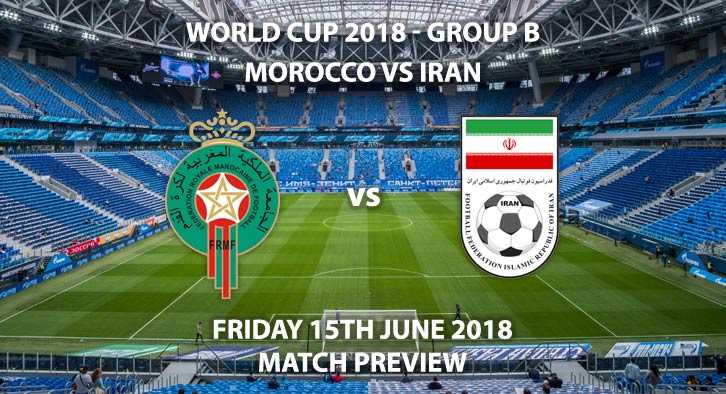 Both sides are half of Group B; with the other half made up of Spain and Portugal. It’s safe to say neither nation stands much chance of qualifying out of the group. This match-up is both sides most realistic chance to getting some points on the board.

The bookmakers are slightly favouring Morocco for this tie, with odds from SkyBet of 13/10 to win. This is due to their respectable form during their warm-up matches and recent international duels.

Ajax midfielder Hakim Ziyech has been labelled the Moroccan dangerman by many and has been awarded by SkyBet a tempting 6/1 to find the back of the net first. His flair and pace has both Liverpool and AS Roma chasing his signature.

Iran have not had their ideal build-up to the tournament with politics getting in their way. Their friendlies with both Greece and Kosovo were cancelled due to political tensions and the national governing body have announced they will be going through FIFA to gain financial compensation for their players and staff – and now have to worry about their World Cup opener.

SkyBet have priced the, possibly rusty, Iran at 14/5 to get a win on Friday. Versatile forward Saman Ghoddos will be Iran’s best hope of finding glory however their defence has proven tough to beat during qualifying. They only conceded three goals all campaign and almost reached 1000 minutes of football without picking the ball out of their net – only for their final match against Syria to ruin the record.

Both these sides have never faced each other before in a competitive fixture, with Morocco gaining a slight history advantage over their Asian opponents. The African outfit were the first African nature to ever win a World Cup group – however their other two opponents make the likelihood of this reoccurring rather slim.

Morocco vs Iran will be televised live in the UK on BBC 1 with kick-off at 16:00.