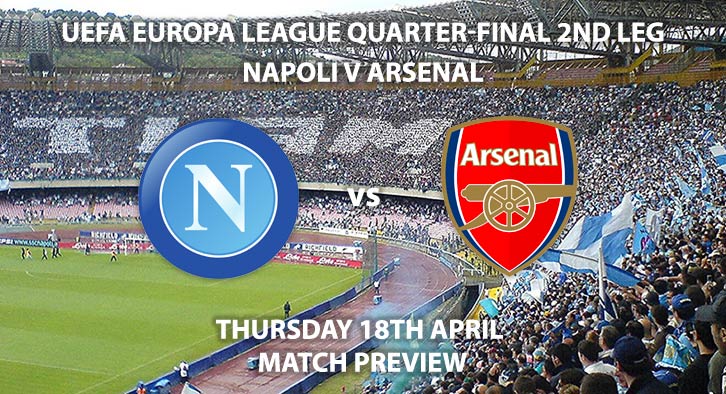 Napoli will be trying to redeem themselves as Arsenal travel to Italy for the second leg of their UEFA Europa league tie.

The first leg in London got off to a flyer for Unai Emery’s side who took an early lead through Aaron Ramsey and a Kalidou Koulibaly own goal. The match continued in a simialir fashion with Arsenal having the upper hand. Napoli have to throw the kitchen sink, so expect drama.

Napoli are favourites to win this match and are priced at 4/6 to win by SkyBet. The Italian outfit have an up-hill mountain to climb after the first leg. They looked incredibly shaky at the back however at home this could very well tell and different tale. They have seven wins from their last ten matches and striker Dries Mertens has been a clinical presence in attack. The Belgian is a tempting 6/4 to score anytime in front of a home crowd.

Both sides have great attacking threat and SkyBet are offering 15/8 for Napoli to win and for both teams to score.

Arsenal are priced at 19/5 to win. The Gunners were impressive in the first leg and also earned themselves another victory a few days ago against Watford in the Premier League. The away side seem very dangerous when they start both Alexandre Lacazette and Pierre-Emerick Aubameyang up front together, however it is the latter who seems to be the top choice. The Gabon international has four goals in this competition and is 2/1 to score anytime.

The referee for this match will be Romanian Ovidiu Alin Hategan. He may have a busy night ahead of him with it all to play for. These matches can often see a lot of cards brandished and SkyBet are offering 10/11 for 50+ booking points.

Napoli vs Arsenal will be televised on BT Sport 2 and kicks off at 20:00.

– The hosts will have to go for it however I see Arsenal just doing enough.