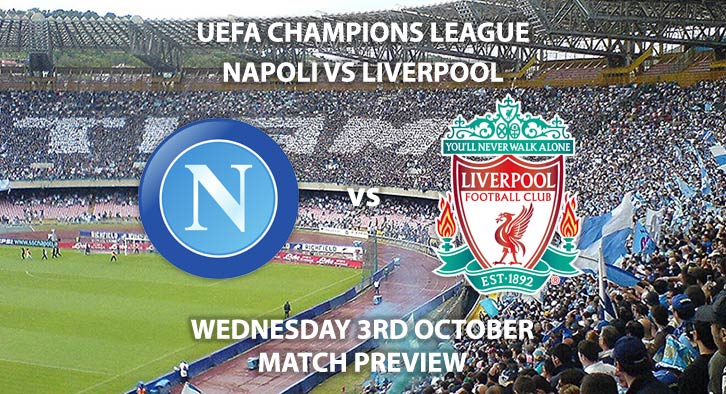 Napoli vs Liverpool: Liverpool will be looking to follow up on their dramatic 3-2 win over PSG last time out when they face Napoli in their second Champions League group game.

The Reds made the perfect start to their new European campaign as they beat PSG 3-2 thanks to a 90th-minute Roberto Firmino strike. That win has given Liverpool some early breathing room in Group C. With such a tough group, it is vital Jurgen Klopp’s side make the most of home advantage. Now they face a trip to Napoli, one of the toughest away trips in Europe. Liverpool, however, are in their best form since Klopp arrived at Anfield. They remain unbeaten in the Premier League, after Daniel Sturridge’s sublime 88th-minute equaliser at Stamford Bridge at the weekend. That draw did see them drop to second, but they’re only behind Manchester City on goal difference.

Sturridge has proven he can be a valuable asset to the Reds this season. With so many games, the Englishman will be needed to contribute from the bench. He started and scored in their win against PSG, proving he is still capable of causing problems on the biggest stage. There has never been any question over his ability, but injuries have hampered his progress over the last three seasons. Now, he seems to be rediscovering his groove, which can only be a good thing for Liverpool and England supporters.

Napoli were held to a 0-0 draw with Red Star Belgrade in their opening match in Group C. Carlo Ancelotti’s side have continued their winning form from last season in Serie A, however. They currently sit in second place, with 15 points from their opening seven games. Napoli are already six points behind Juventus, but having lost Maurizio Sarri and Jorgino in the summer, it’s fair to say they are performing well. They have won three of their last five games in all competition, with last Saturday’s defeat to Juventus their only blip.

Viktor Kassai is the referee for this game. The Hungarian has plenty of experience in Europe, having officiated three group games last season, including Liverpool’s game against Maribor. He has an average card total of 4.61 across 144 international games. Therefore, I would advise a maximum total of 60+ points for this fixture.

Liverpool have endured a tough run of fixtures with more to come. They’ve played Chelsea twice in a week and host Manchester City on Sunday. As a result, I think this game will end in a draw, which would still be a positive result for Klopp’s men.

Napoli vs Liverpool will be televised live in the UK on BT Sport 3 with kick-off at 20:00 GMT.

Odds and markets last updated on Wednesday 3rd October 2018 @15:34 GMT. Keep checking back to see if there’s any updates to markets – the time stamp in the previous sentence for when we update tips on this page will be updated.