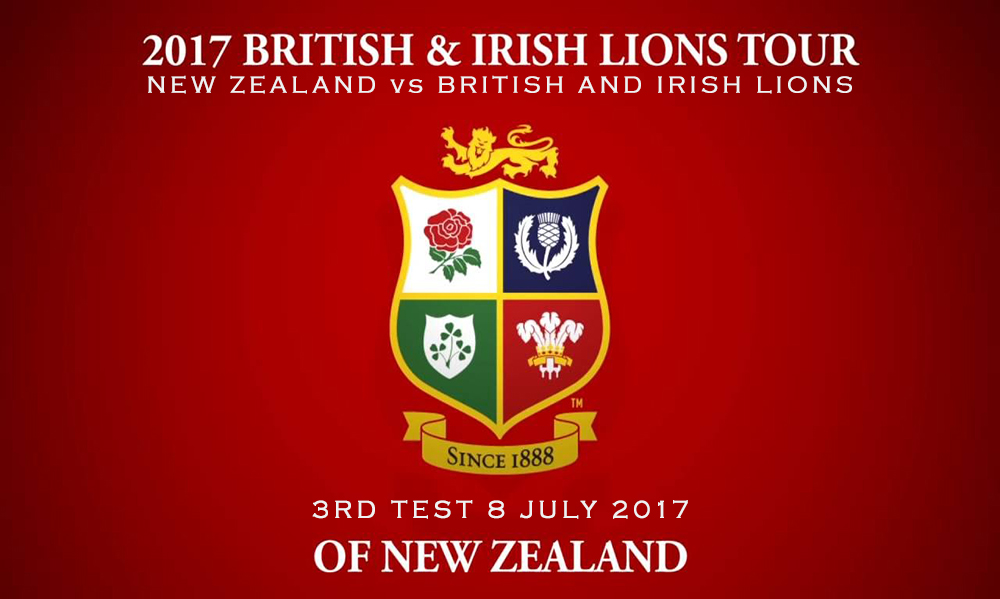 New Zealand vs British & Irish Lions – 3rd Test – Match Preview – It all comes down to this. Perfectly poised at 1-1, Eden Park hosts the decisive test match. The British and Irish Lions are looking for a first series victory in New Zealand for 46 years.

After a first home defeat since 2009, The All Blacks are a caged beast eagerly awaiting the opportunity to strike, and The Lions will be ready to face the impending backlash.
This game has every possible ingredient for an absolute classic to unfold before our very eyes – The Lions either etch themselves into history or will go down with an almighty effort against one of sports’ greatest teams.

Eden Park, Auckland hosted the opener. In what was mostly a resilient defensive display, the Lions were unable to prevent the ruthless All Blacks, and in particular Rieko Ioane, from breaking down the door and sustaining an insurmountable lead – Ioane scoring twice on his first test start to complete a dominant display. A massive positive for Gatland’s side was the absolutely breath-taking try from a full-length-of-the-pitch pick up and run from Liam Williams that was brilliantly finished by Sean O’Brien.

Wellington witnessed the spectacular. A phenomenal performance and result that completely capsized the whitewash ship that everyone expected. The clinical edge was the missing factor in Auckland but it shone through in abundance in the second test. The victory was even more improbable considering The Lions conceded 10 penalties, a Beauden Barrett at his usual imperious self would have done better than the 7/10 he posted to put the series beyond doubt. The straight-red card given for Sonny Bill Williams’ reckless shoulder charge undoubtedly aided The Lions, but they took their opportunities when it mattered. Toby Faletau and Conor Murray’s excellent scores were partnered by ice-cold kicking from Owen Farrell to just battle over the line and deservedly hold out for the win. 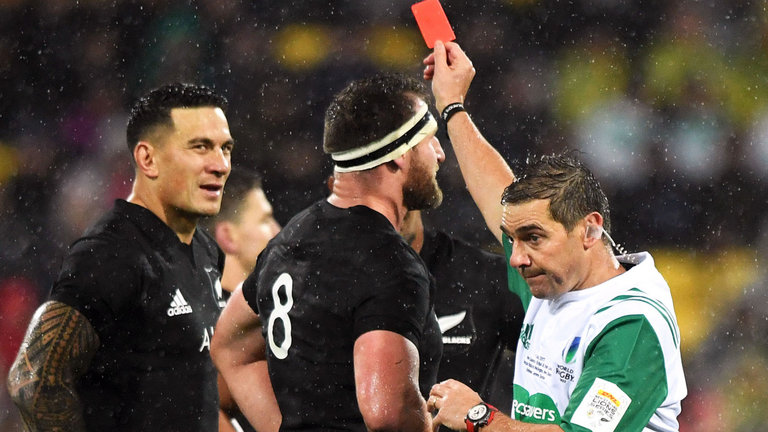 Williams will miss the 3rd test due to suspension Photo Credit: skysports.com

This sets up the all-important 3rd and final test match back at Eden Park. Warren Gatland could become the first coach in Lions history to claim back-to-back series wins – an outstanding accomplishment if he were to do so against the double World Champions. Such a feat would undoubtedly elevate the New-Zealand born coach into the upper echelons of the game in history, as would be the case for most of the squad, just further highlighting the magnitude of this match and the importance of victory.
The All Blacks are not used to the taste of defeat, and neither is their coach Steve Hansen – perhaps making it even more bitter when it does happen.
A retaliation from the last test is inevitable, and an astounding game of rugby between the finest in the Northern hemisphere and the finest in the world will decide who shall emerge in glory.
Let battle commence. 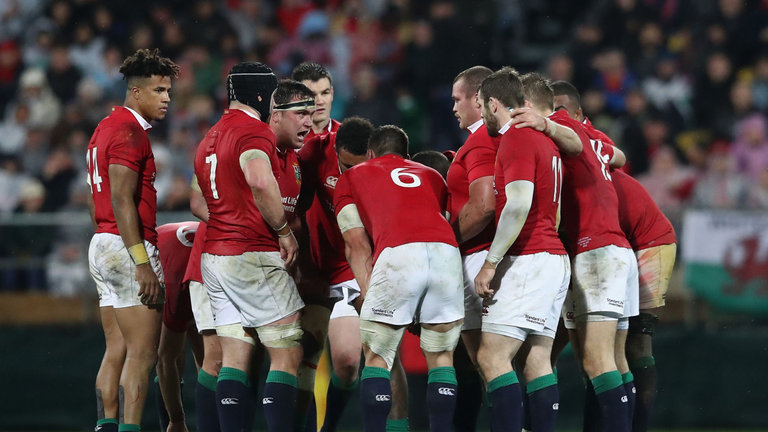 Can the Lions defeat the All Blacks in a sensational tour win? Photo Credit: skysports.com

Team News
With Liam Williams passing a fitness test after some early concern, Gatland unsurprisingly names an unchanged side from the one that was victorious in Wellington. His controversial decision to name Johnny Sexton at fly-half and Owen Farrell at inside-centre was seemingly justified with the victory and he sticks with that concept.
The other change many thought might be made was the departure of Alun Wyn Jones, but the experienced Welsh lock will break the record for becoming the first player to play in every test in three consecutive Lions tours since the game became professional in 1995, a fantastic achievement.

Sonny Bill Williams will be sorely missed in the centre for The All Blacks through suspension, so Ngani Laumape will replace him at 12 with Malakai Fekitoa coming into the replacements.

SkyBet Featured RequestABet – Owen Farrell to score a Try, a Yellow Card to be shown & Both teams to score 20+ points – 28/1

SkyBet RequestABet Specials 80/1 and above – No Yellow Cards, No Successful Drop Goals & No Tries Scored – 80/1