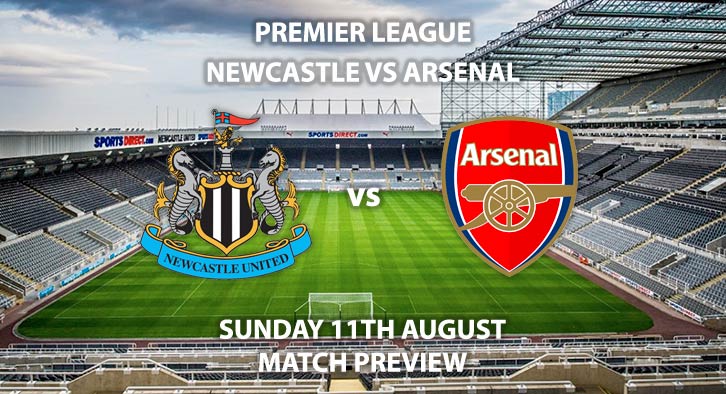 Arsenal will be hoping to get their Champions League push off to the perfect start when they take on relegation-tipped Newcastle United.

The Gunners could offer debuts to David Luiz and Kieran Tierney at St James’ Park, following their Deadline Day transfer from Chelsea and Celtic, respectively. The defensive duo have been brought in to bolster Unai Emery’s leaky defence. Tierney, a long-term target is a snip at £25m, whilst has bags of Premier League experience, although his defending can leave something to be desired.

Either way, they are recruits that will help Arsenal’s ongoing problems at the back. Nicolas Pepe and Dani Ceballos, meanwhile, will offer creativity in midfield and goals in attack. Pepe will join Alexandre Lacazette and Pierre-Emerick Aubameyang in attack to create a formidable front three. It was the latter two that almost single-handedly took Arsenal to the Champions League last season, but their defence, in the end, let them down.

Champions League football is once again the target for Emery and his squad and this time around there will be a much greater pressure on them to reach the top four. With the likes of Mesut Ozil, Pepe, Lacazette and Aubameyang, they could become restless if they aren’t playing in Europe’s elite competition.

Newcastle have had a summer of turmoil of the pitch, with Steve Bruce controversially elected as the man to replace Rafa Benitez. The former Sheffield Wednesday boss has brought in Joelinton for a club-record £40m fee, whilst Allan Saint-Maximin will offer good width down the right-hand side.

Much will depend on how quickly their new Brazilian striker can settle, after the Magpies let Ayoze Perez and Solomon Rondon depart. The club will be pleased to have hung on to youngster Sean Longstaff, who made his Premier League breakthrough last season. He could prove to be a big player for Bruce after they fended off interest from Manchester United throughout the summer.

Martin Atkinson is the referee for this match. The Englishman racked up an average booking points total of 32.8, across 43 Premier League matches last season. With that in mind, I would recommend a maximum of 50+ booking points for this fixture.

It will be interesting to see how Newcastle settle in under Bruce. Their signings on paper, are strong, but the turmoil off the pitch could prove to be a stumbling block. Arsenal, similarly, need to bed in their new additions. I’m going to plump for an away win, but it might be tighter than some would expect.

Newcastle United vs Arsenal will be televised live in the UK on Sky Sports Premier League with kick of at 14:00 BST.