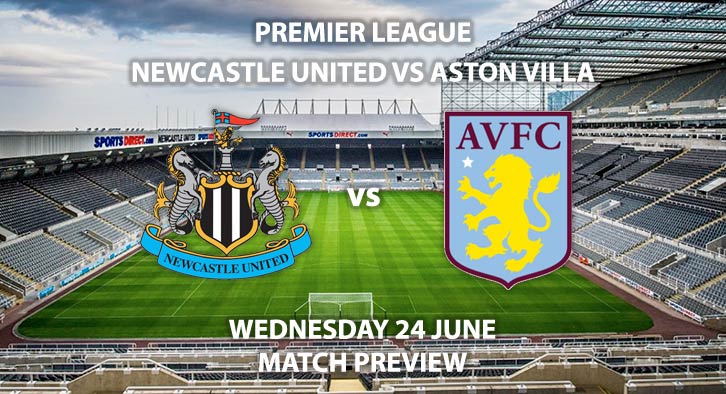 Newcastle United return to St James’ Park for the second time in a week when they host Aston Villa on Wednesday evening.

The Magpies will be hoping to continue their momentum into Wednesday night’s encounter following Sunday’s fantastic win over Sheffield United on Sunday. Alan Saint-Maximin, Matt Ritchie and Joelinton were all on target in their 3-0 win.

Aston Villa on the other hand suffered another blow in their battle to avoid relegation on Sunday with a 2-1 defeat to Chelsea. Villa squandered all three points after Kourtney Hause fired them into a first-half lead, but two quick-fire second half goals from Christian Pulisic and Olivier Giroud heaped more misery on Villa and took all three points for Frank Lampard’s side.

Aston Villa came out on top back in November with a 2-0 win at Villa Park, which is one of only seven wins for Dean Smith’s side this season. Anwar El Ghazi was on target back in Novembers win and is priced at 4/1 to add to his 4 Premier League goals this season.

Three of the last five meetings between these two sides have ended in a draw. SkyBet have priced a stalemate at 23/10.

Newcastle have won their last three matches in all competitions and are priced at 5/4 on SkyBet to take all three points in this one.

Chris Kavanagh is the man in charge of this one. The 35-year old has overseen 20 matches in the Premier League this season and has awarded 68 yellow cards and no red cards. In Novembers encounter two yellow cards were brandished.

Newcastle’s Javier Manquillo has been yellow carded in two of his last three Premier League appearances. Bet365 are offering odds of 3/1 for the Spaniard to be carded in this one.

Aston Villa’s talisman Jack Grealish has been involved in 13 goals this season (7 goals 6 assists) and his contributions are vital in Villa’s survival bid. Grealish is priced at 11/1 to score from outside the penalty area.

This match will be televised live on BT Sport 1/Ultimate with kick-off scheduler for 18:00PM on Wednesday evening.