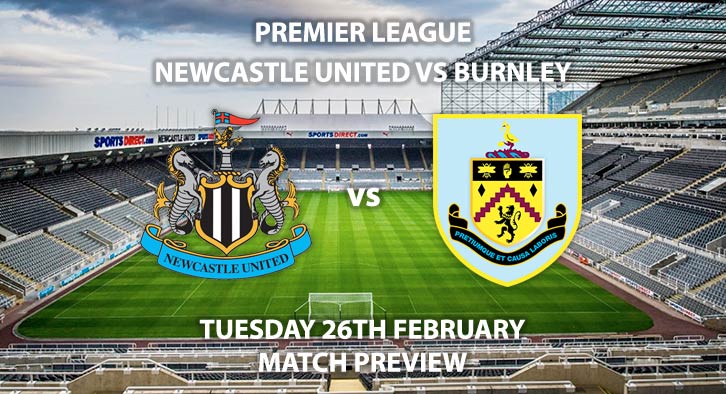 Newcastle United vs Burnley: Newcastle and Burnley go toe-to-toe in a crucial game at the bottom of the Premier League, with both sides buoyed by a recent upturn in form.

The Toon Army were treated to a comfortable 2-0 win over Huddersfield Town at the weekend. Record signing Miguel Almiron was a key figure on his home debut. Playing in the ‘number ten’ role, the Paraguayan gave a promising glimpse to the home faithful about what he is all about. Newcastle have missed a silky, creative presence for a number of years but they seem to have found their answer. The win over the Terriers took the Toon Army to 15thin the table on 28 points, four points above the drop zone. Whilst they are far from guaranteed safety, ten points from their last five games has gone a long way to securing another season of Premier League football. Rafa Benitez’s side have won their last three home games and with Everton, Crystal Palace and Southampton to follow, they’ll be confident about ending the season strongly.

Burnley recorded the shock result of the weekend with a 2-1 win over Tottenham. Chris Wood and Ashley Barnes’ second-half strikes did the damage. The Clarets are unbeaten in their last seven league outings, collecting 18 points in the process. All of those results have come after Sean Dyche reinstated club captain Tom Heaton between the sticks. The Englishman has been in superb form, with suggestions of an England recall growing. In attack, Barnes and Wood have proven to be a nuisance. The duo have scored 11 of Burnley’s last 14 goals in the league, which is some record. On the road, Dyche’s side are unbeaten in their last four.

Craig Pawson is the referee for this fixture. The Englishman has officiated 31 top-flight matches this season. In that time, he has accumulated an average booking points total of 43.1. Therefore, I would advise a maximum of 60+ total points for this fixture.

Both of these sides are in fine fettle, despite being near the bottom of the league. It’s a big game for both teams and I don’t see much separating them. I’m going for a draw, which would extend the impressive unbeaten runs of both sides.

Newcastle United vs Burnley will be televised live in the UK on BT Sport 1 with kick off at 20:00 GMT.

Odds and markets last updated on Tuesday 26th February @18:32 GMT. Keep checking back to see if there’s any updates to markets – the time stamp in the previous sentence for when we update tips on this page will be updated.