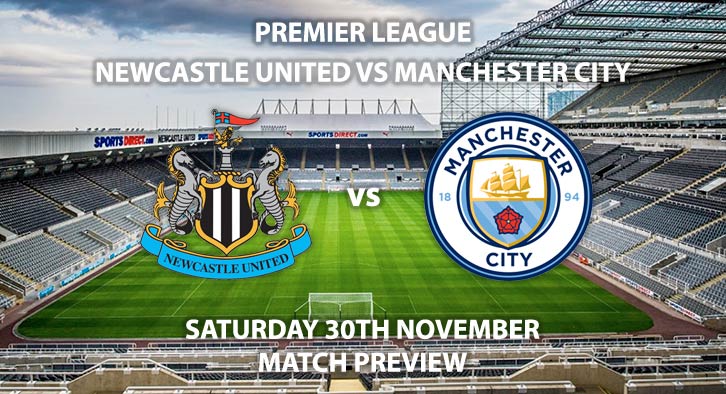 Newcastle United return to St James’ Park this weekend, as they welcome the arrival of Manchester City in the Premier League on Saturday lunchtime.

Steve Bruce’s side will be looking to bounce back from Monday night’s disappointing showing, where they were well beaten by 2-0 by Aston Villa.

City on the other hand picked up a needed, and gritty 2-1 win over Chelsea; a win which already so early in the season proved important in City’s pursuit of a third consecutive Premier League title. City trail Jurgen Klopp’s Liverpool side by eight points.

The Magpies are currently 14th in the league, but a win would see them climb as high as 8th, and into the top half. Newcastle have won two of their last five, with wins against Bournemouth and West Ham. Their last win before that was the 1-0 home win over Manchester United on the 6th of October.

Pep Guardiola’s Manchester City side were held to a 1-1 midweek draw with Shakhtar Donetsk in the Champions League. The point sealed their fate as group winners with a game to spare. City travel to Croatia on their final matchday, as they face Dynamo Zagreb.

City have also bounced back well from their defeat at Anfield earlier in the month. Their weekend win against Chelsea got them back on track as the Christmas period approaches, and the December fixtures mount up.

On course to their second Premier League triumph last season, City were defeated only four times; but one of them defeats came at St James’ Park. Matt Ritchie struck the winner from the penalty spot in Newcastle’s 2-1 win in January, a result which threw City’s title charge into doubt

To say Newcastle’s win in January was an anomaly is an understatement. That victory for the Magpies was their first win against City in the Premier League in fourteen years (September 2005). Manchester City have lost two of their last twenty-five matches against Newcastle, winning twenty of them, a truly remarkable record.

The referee for this fixture Chris Kavanagh. The 34-year old has appeared in ten premier league matches so far this season, awarding thirty-three yellow cards and no red cards in these fixtures. This considered, I would suggest a minimum of 20+ booking points for this fixture. Kavanagh is yet to oversee a Premier League match including either of these two sides so far this season.

This match will be shown live on BT Sport 1, with kick off scheduled to take place at 12:30 GMT.