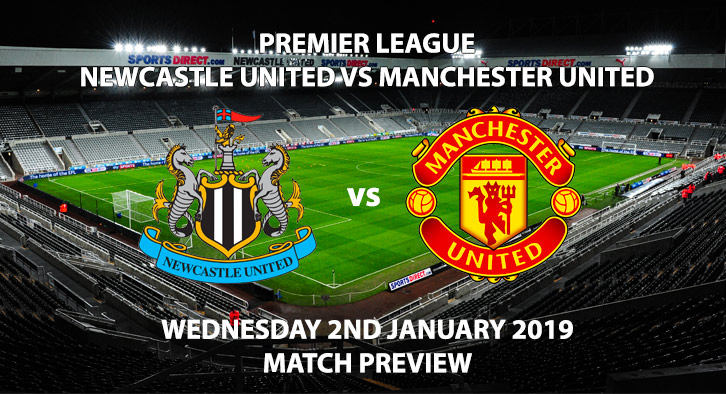 Newcastle United vs Manchester United:  the visitors will be looking to earn a fourth-successive win under Ole Gunnar Solskjaer when they travel to St James’ Park to face Newcastle. The Reds made it three wins for three on Sunday, with a resounding 4-1 win over Bournemouth. Paul Pogba was against in the headlines with a dominant display, which saw him notch twice. Marcus Rashford was also sensational, in his favoured centre-forward role. The Englishman seems to be Solskjaer’s preferred option down the middle, although Romelu Lukaku did come off the bench to grab their fourth goal. With Jesse Lingard on the right, Martial on the left and Rashford down the middle, United possess a great amount of ace, trickery and skill in the front three. With Paul Pogba also afforded more of a licence to break forward in their new system, United look a real threat in attack. They’ve scored 12 goals in their last three games, which highlights the new lease of life Solskjaer has afforded them. There is no doubt that his managerial credentials will be tested in tougher games later down the line, but he’s made a fantastic start to life back in Manchester. They till need to tighten up at the back – no side in the Premier League has fewer clean sheets than the Red Devils this season. They will also be without Eric Bailly for this match after he was sent off against the Cherries. Newcastle remain in the thick of a relegation battle after a run of one win in seven. They have collected a number of draws, however, so sit 15th in the table. They currently hold a three points buffer over 18th-placed Burnley. Rafa Benitez has said that the Toon Army need a ‘miracle’ to stay up this season. That seems to be a desperate cry for reinforcements, as the January transfer window looms. Benitez is right to some degree, their squad has been under-invested in for years. They lack quality in midfield and in attack, which needs to be addressed sooner rather than later. Newcastle have scored one goal or fewer in their last seven games, which underlines that lack of potency in front of goal. Only Huddersfield (12) have found the net fewer times this season than them this season (15). Andre Marriner is the referee for this fixture. The Englishman has officiated 13 top-flight matches this season. In that time, he has accumulated an average booking points total of 32.3. Therefore, I would advise a maximum of 50+ total points for this fixture. Manchester United look devastating in attack against Bournemouth. Their pace and movement will be too much for Newcastle to handle, in my eyes. Therefore, I’m going for an away victory. Newcastle United vs Manchester United will be televised live in the UK on Sky Sports Premier League with kick-off at 20:00 GMT. Prediction: Newcastle United 1-3 Manchester United

Outside of our correct score, NAP and Next Best Tip – we suggest only backing one or two additional RequestABet Picks as opposed to all listed. Bet and stake smart so that your stakes are covered by one bet winning. Odds and markets last updated on Wednesday 2nd January 2019 @17:54 GMT. Keep checking back to see if there’s any updates to markets – the time stamp in the previous sentence for when we update tips on this page will be updated. Remember to keep visiting the tips and preview area for further updates and betting previews around the domestic action over the first of week of the 2019 – Happy New Year to all our readers and followers.