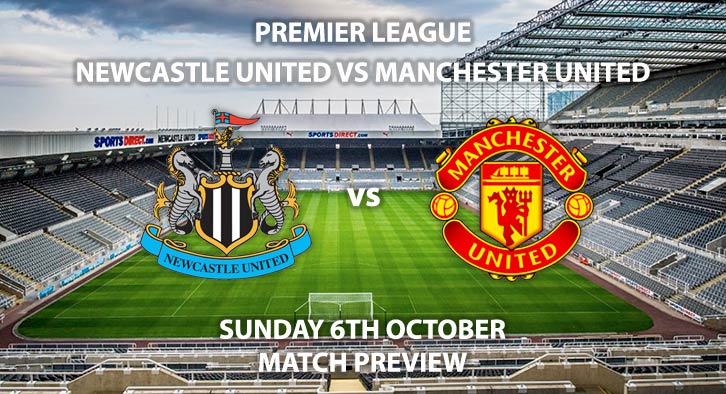 Newcastle United return to St James’ Park this weekend as they host Manchester United in the Premier League on Sunday afternoon.

Steve Bruce’s side currently sit 19th in the league and are winless in their last four PL encounters. They are facing a Manchester United side who before this fixture have a Europa League group game to contend with. Ole Gunnar Solskjaer’s side travel to Holland as they face AZ Alkmaar on Thursday night, and will be hoping his side don’t suffer any kind of European hangover, regardless of the result.

United come into this fixture following a disappointing run in the league, which has seen them fall to 10th in the table. Since their opening day 4-0 win over Chelsea, United have won once since, that victory coming against Leicester in the middle of September. Solskjaer’s side are without a win in their last two, following the draw with Arsenal, and their defeat to West Ham.

The arrival of defenders Harry Maguire and Aaron Wan-Bissaka from Leicester and Crystal Palace respectively was a breath of fresh air to United fans, and a welcomed defensive improvement they have been so desperate to see. Maguire has looked solid and has regularly demonstrated his leadership capabilities, often the one seen organising and barking orders at his colleagues. For a combined fee of £130 million, it’s important their showings remain consistent for the entirety of this campaign, as well as the next, because United don’t want to be second fiddle to their Manchester rivals Manchester City, or Jurgen Klopp’s Liverpool for too much longer.

Manchester United possess the better recent record between the two sides and completed a league double over the Magpies last season; the first time they have done so since the 2014/15 campaign. The Red Devils have lost once in their last nine encounters against Newcastle and will be hoping they can continue their impressive form against this weekend’s opponents, and claim a much-needed victory.

This weekend’s referee is Mike Dean. Dean has appeared in six PL fixtures so far this season, awarding twenty-three yellow cards and two red cards in these matches. The 51-year old has already officiated both sides already this season and awarded a combined total of eight yellow cards in the two separate fixtures (four each). This considered, I would recommend a minimum of 30+ booking points for this fixture.

This match will be broadcast live on Sky Sports on Sunday afternoon, with kick off scheduled to take place at 16:30 BST.