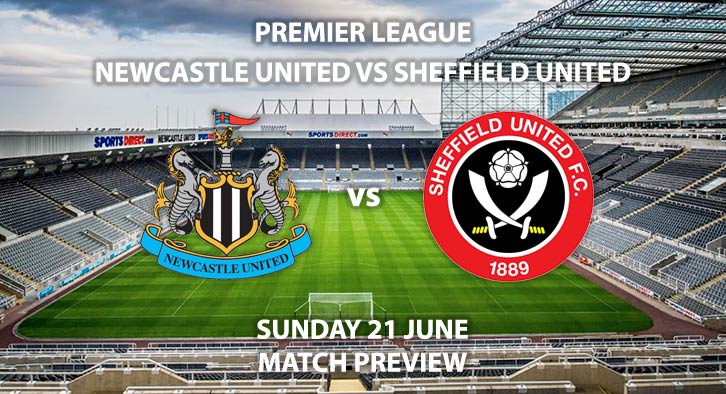 Newcastle United will host Sheffield United on the first weekend back of Premier League action this Sunday.

The hosts are making their first appearance since the coronavirus pandemic struck the world and caused for the suspension of the league back in March. They are currently 14th in the league – eight points clear from the drop zone. Meanwhile, Sheffield United have already got back onto the pitch after their 0-0 draw with Aston Villa on Wednesday. A top five finish is still very much on the cards for the Blades.

Newcastle United are priced at 23/10 to win the match by SkyBet and kick-off their return to action with three points. The Magpies will hope to claim a quick three points on their return to all but ensure their Premier League status for another season. Before the enforced break, they were unbeaten in three matches in all competitions, claiming two victories.

Going forward, they have found goals extremely hard to come by this season but Allan Saint-Maximin has been their biggest threat. He is priced at 4/1 to score anytime.

Sheffield United are priced at 13/10 to win the match and make up for two points lost against Villa during the week. Chris Wilder will be hoping for better fortune after a goal-line technology error meant a winning goal for his side was not given, despite it crossing the line. The result has scuppered the Blades great run of form as they fight for Champions League and Europa League football next season.

In attack, Oli McBurnie looked sharp in the Villa match and will likely start up front for United. He is priced at 12/5 to score anytime.

Last time these two met, Newcastle cruised through to a 2-0 victory away at Bramall Lane as only 2 yellow cards were awarded in a forgettable match. However, with rustiness and fitness still playing a factor this weekend, SkyBet are offering 1/1 for 40+ booking points.

The match will be televised on Sky Sports Premier League HD and kicks off at 14:00.

– The away side have the benefit of already playing a match ahead of this tie and will want to make up for what should have been three points.