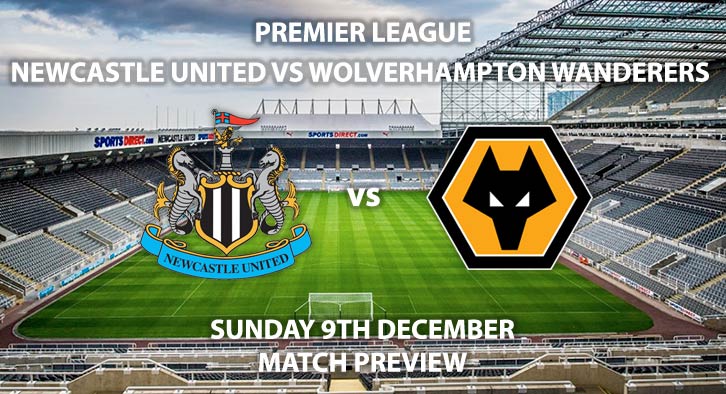 Newcastle vs Wolverhampton Wanderers: Wolves will be looking to build on their win against Chelsea with another strong performance against Newcastle at St James’ Park.

Wolves ended their dreadful run of five defeats in six games with a surprising 2-1 win over Chelsea in midweek. Goals from Raul Jimenez and Diogo Jota completed the turnaround, much to the surprise of most inside Molineux. That result was exactly what Nuno Espirito Santo’s side needed after such a poor run.

The Portuguese boss made a tactical change and moved into a 3-5-2 formation instead of his favoured 3-4-3. That gave Wolves an extra man in their midfield, which allowed them more stability in the centre of the park. Morgan Gibbs-White put in a dazzling display in that trio. The 18-year-old academy graduate made his first Premier League start after impressing from the bench and created the equaliser which got them back into the contest. With Ruben Neves set to return from suspension for this fixture, it will be interesting to see whether MGW makes way, or whether Nuno sticks with his young English talent.

Newcastle have been through a recent revival and sit 14th in the table, four points above the relegation zone. Rafa Benitez’s men have only lost once in their last six games and picked up an eye-catching point away at Everton in midweek. They have won two of their last three home games to boot and appear to have made St James’ Park a much harder place to play recently. Salomon Rondon’s recent form has been a huge role in that good form. The Venezuelan international has scored three goals in his last four games.

Mike Dean is the referee for this game, fresh from taking charge of the North London derby last weekend. The Englishman has officiated 11 top-flight matches this season, accumulating an average booking points total of 48.2. Therefore, I’d advise a maximum of 60+ total points for this fixture.

This game doesn’t really have the billing of a goals fest. Therefore, given Newcastle’s decent run of late and the fact Wolves are recovering from a poor one, I think this will end all square.

Newcastle United vs Wolverhampton Wanderers will be televised live in the UK on Sky Sports Premier League with kick-off at 16:00 GMT.

Odds and markets last updated on Sunday 9th December @13:45 GMT. Keep checking back to see if there’s any updates to markets – the time stamp in the previous sentence for when we update tips on this page will be updated.