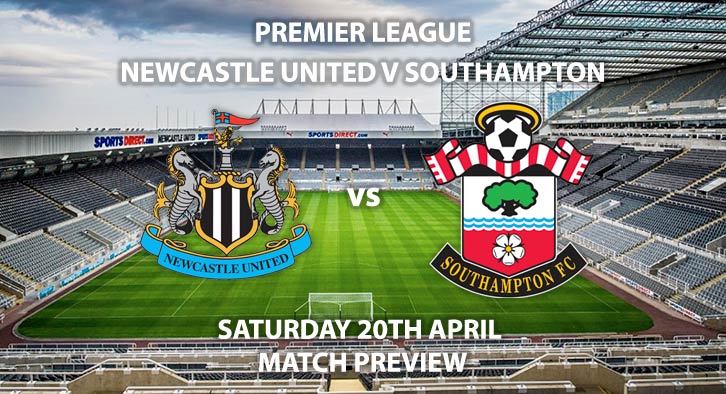 Newcastle vs Southampton: After vital wins last weekend, Newcastle and Southampton will be looking to secure their Premier League status as the pair go head to head at St James’ Park.

Newcastle secured an all-important three points away at Leicester City last Friday, with Ayoze Perez’s header the difference. That result has left Rafa Benitez’s side 15th in the Premier League table, seven points clear of Cardiff City, with four games to play. At home, they have won four of their last five games, which has been the catalyst for their improved form that guided them to safety. The Toon Army need just a couple more points to be certain of their safety but they look to be playing top-flight football against next season. The main question on all the supporters’ lips, is Rafa staying? The Spaniard’s contract is up at the end of the season and he is yet to sign an extension. If Newcastle want to keep their star coach, Mike Ashley will have to make some assurances over money to invest in the squad this summer.

Southampton have similarly been revitalised under Ralph Hasenhüttl. The Saints defeated Wolves last weekend 3-1, moving them further clear of danger. They find themselves one place and two points behind their weekend opponents and five clear of safety. Southampton have won four of their last six games, which is the form that has lifted them clear of the drop zone. It has been their record at St Mary’s which has been the main difference, although they have only lost two of their last seven on the road.

Anthony Taylor is the referee for this fixture. The Englishman has officiated 44 top-flight matches this season. In that time, he has accumulated an average booking points total of 31.9. Therefore, I would advise a maximum of 50+ total points for this fixture.

Both these sides are in decent form and know another win or a few draws will ensure their Premier League status. With that in mind, I think this one will end all square, which suits both teams.

Newcastle vs Southampton will be televised live in the UK on BT Sport 2 with kick off at 17:15 BST.

Odds and markets last updated on Saturday 20th April 2019 @16:21 GMT. Keep checking back to see if there’s any updates to markets – the time stamp in the previous sentence for when we update tips on this page will be updated.