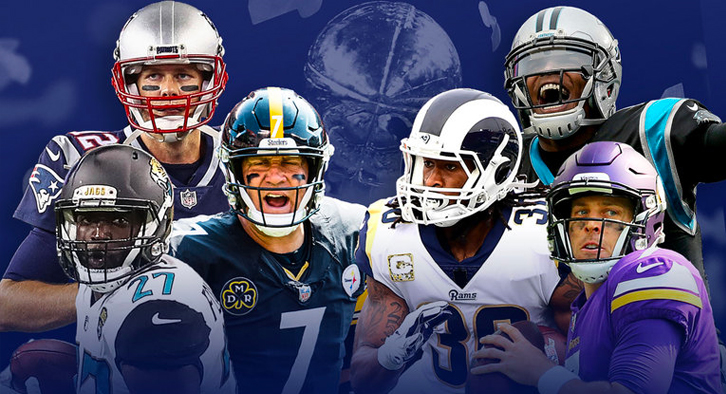 The road to the Super Bowl continues as the divisional playoff round takes place this weekend after last week’s wildcard round. The top eight teams from the AFC and the NFC compete to reach the conference championships ahead of Super Bowl LII.

The Falcons have been hot these past 5 weeks and the defending NFC champs are looking to defend their crown. Meanwhile, the number 1 seed, the Eagles, are coming off their bye week which not only helps gain familiarity with their backup QB, but also gave them a chance to nurse injuries. The falcons are favored slightly and seemed to have figured things out on both sides of the ball. With the injury to their MVP candidate starting QB Carson Wentz, the Eagles haven’t looked the same therefore, in this one I expect them to compete but ultimately fall short.

The Titans upset the Chiefs last week in their epic comeback win, they are on the road against the number 1 seed and defending SB champs in a game where weather will most likely play a role. Playing outdoors in sub 0 degree weather will limit big passing plays and time of possession will be key. While the Titans’ run game in the 2nd half last week was good, I don’t expect that momentum to carry over.

When these two teams met earlier in the season the Jags dominated with their defense forcing 5 turnovers. The top rated pass defense will be facing a Steelers team off a bye, and a much better team than back in the early month of the season. The Jags offense hasn’t been consistent all year and on the road they will look towards their run game for any hope. In the end the Steelers are hungry, getting healthy and in revenge mode and as a result will be too much for the jags to handle.

These two teams met in the first game of the season in which the Vikings won, however a whole lot has changed since. The number 2 seed Vikings coming off a bye are favored slightly and are looking to be the first team in NFL history to have a home Super Bowl game. Their top 3 rated defense has lead the way though will have a big task at hand facing the hot Saints offense. The Saints won a thriller last week and will be leaning on their veteran QB Drew Brees to lead them to victory. This will be the game of the weekend in my eyes. In a down to the wire game, I have the Saints on the road edging it out.