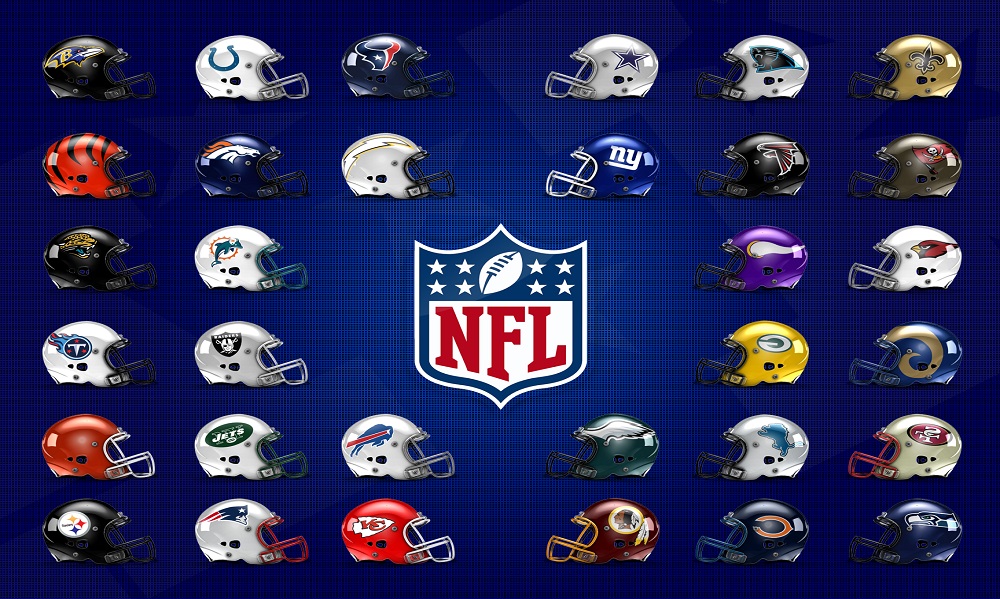 NFL – Gameweek 1 Preview – After the long wait, Week 1 of the NFL has finally arrived, here we go!

Jets at Bills
Jets are in clear Tank mode, looking for the top Pick in Next Year’s Draft, while the Bills are in similar water, Tyrod Taylor & LeSean McCoy are still enough to win.
I have the Bills winning 17-10
Taylor: 215 Passing YDS, 1 TD
McCoy: 125 YDS Total, 1 TD

Ravens at Bengals
Division Rivals majority of the times have good games, I expect a close one. The Ravens Secondary (CB’s & S) are questionable, Andy Dalton and AJ Green are healthy, along with the debut of rookie RB Joe Mixon.
I have the Bengals Winning 20-17
Dalton: 250 YDS 1 TD
Green: 115 Rec YDS, 1 TD
Mixon: 65 total YDS, 1 TD

Steelers at Browns
The Browns made improvements on defense, but not enough for the high powered Steelers offense. With the return of Martavis Bryant, to go along with Ben, Brown and Bell, I expect the Steelers to win big.
I have the Steelers Winning 31-10
Roethlisberger: 275 YDS, 3 TDs
Brown: 135 Rec YDS, 2 TDs
Bell: 150 YDS Total: 2 TDS 1 REC, 1 Rushing 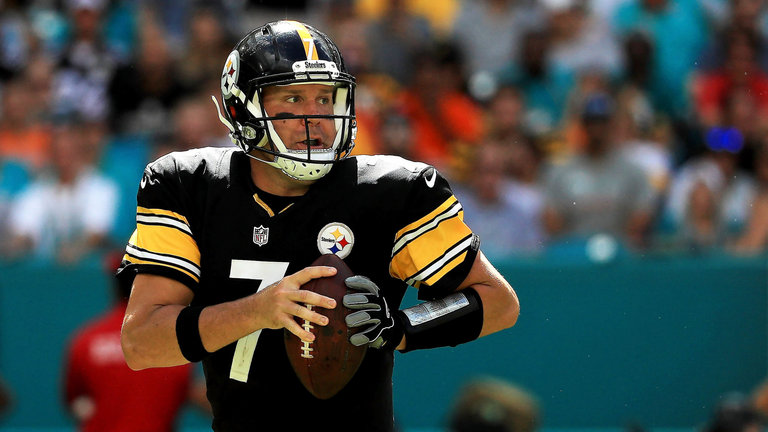 Cardinals at Lions
These teams always matchup well, expect a close shootout in this one. Lions have more weapons; Cardinals have the more effective weapons. In the end
I have the Lions Winning 24-21
Stafford: 280 YDS -2 TDs
Abdullah: 88 YDS Rushing, 1 TD
Tate: 100 YDS Rec, 1 TD

Jaguars at Texans
Both team are questionable at QB, however the Texans defense is always effective, also expect a resurgence season from DeAndre Hopkins.
I have the Texans winning 20-10
Hopkins: 88 Rec YDS 1 TD
Miller: 100 YDS Total, 1 TD 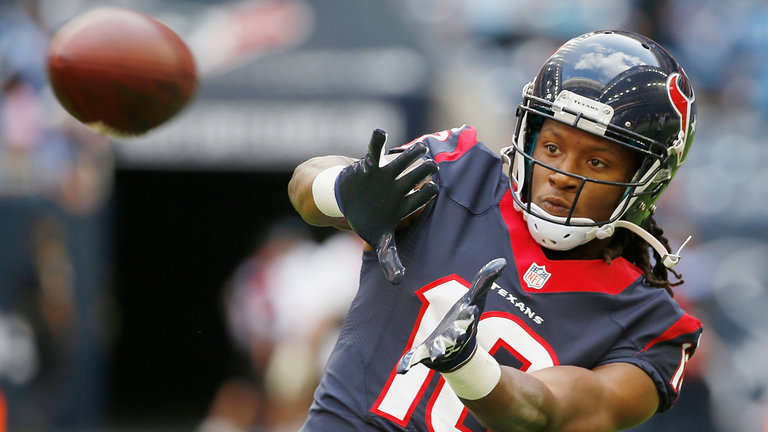 Raiders at Titans
My Game of the Week, both teams are up and coming, both have good offenses, and questionable defenses. Titans are a little banged up, while the Raiders are coming into the year fully healthy.
I have the Raiders winning a highly contested game 27-24
Carr: 250 YDS, 1 TD
Lynch: 122 Rushing YDS, 2 TDs
Cooper: 1 TD, 100 YDS Rec

Eagles at Redskins
Division Rivals always have a great contested matchup, expecting the same with this one. Eagles added more Weapons on offense; however Kirk Cousins historically performs well at home, and against the Eagles. While the Redskins lost Garcon, and Jackson at WR. I have them winning a close one.
I have the Redskins winning 24-20
Cousins: 300 YDS,2 TDs
Pryor Sr: 88 Rec YDS, 1 TD
Reed: 100 YDS REC, 1 TD

Colts at Rams
Colts are banged up on both sides of the ball, including key injury to QB Andrew Luck, going against the Rams front 7 the Colts have an uphill battle. The Rams offense is improved, and I expect a resurgence season from RB Todd Gurley.
I have the Rams winning 20-10
Jarred Goff: 200 YDS, 1 TD
Todd Gurley: 150 Total YDS, 1 TD
Sammy Watkins: 88 REC YDS, 1 TD

Seahawks at Packers
My second game of the week, with both teams winning against each other the past 4 years. This is becoming sort of a rivalry, so expect fireworks. Aaron Rodgers and the Packers offense going against the Legion of Boom and the Seahawks defense is always tough, however I expect the Packers to score 3 Touchdowns. Question is how the Packers defense will do against Russell Wilson and the Seahawks offense.
In a close game down to the wire I have the Packers winning 27-24
Rodgers: 285 YDS, 2 TDs
Jordy Nelson: 100 YDS Rec, 1 TD 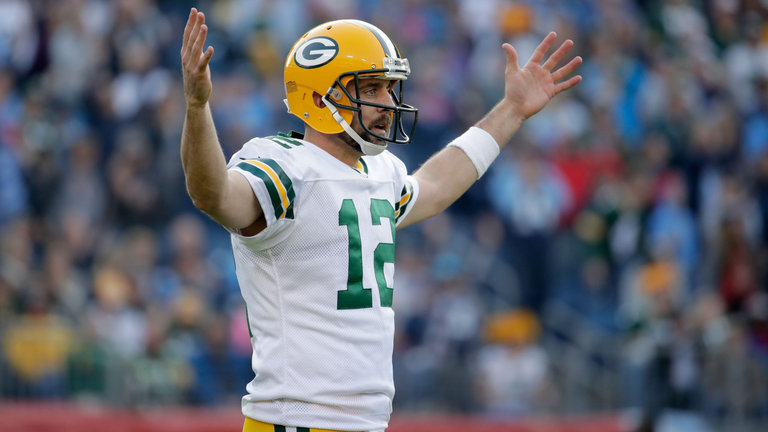 Panthers at 49ers
The Panthers have added weapons on offense, and I expect them to impress, the 49ers will compete hard, but they will lose this game.
I have the Panthers Winning 20-7
Newton: 300 YDS total, 2 TDs

Cowboys at Giants
This Sunday Night primetime, with the division rivals will deliver fireworks. Cowboys are at home, and will have RB Ezekiel Elliott for this week. Giants star WR Odell Beckhom is battling a hamstring injury which will slow him down. The Giants has the far better defense, because of injury the Cowboys have the better offense.
I have the Cowboys winning 23-17
Prescott: 200 YDS Passing, 1 TD
Elliott: 150 YDS Rushing, 1 TD
Bryant: 88 YDS Rec, 1 TD 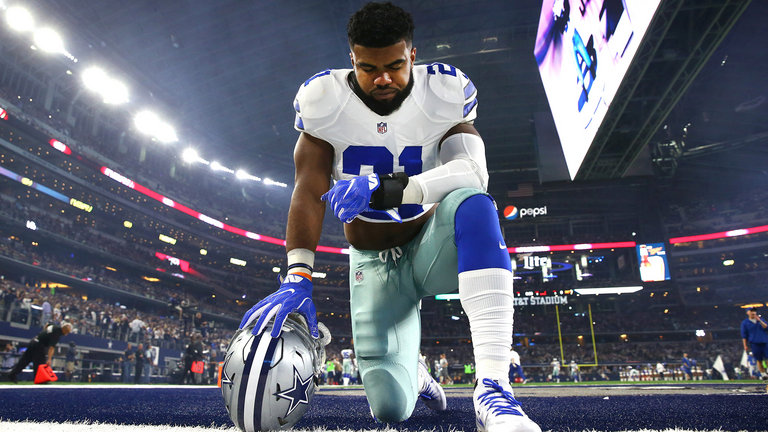 Saints at Vikings
Debuting in their new Stadium the Vikings and their top 5 defense, face off with Drew Brees and the high powered Saints offense. In RB Adrian Peterson’s return I believe the Saints will wear down the Vikings defense.
I have the Saints winning 24-17
Brees: 285 YDS, 2 TD
Peterson: 100 YDS rushing. 1 TD
Thomas: 110 YDS Rec, 1 TD

Chargers at Broncos
Division rivalry matchup should be a good one. Even while injured the Chargers have enough weapons to compete with the top 3 defense in the NFL that is the Broncos. Broncos QB situation is still very unreliable, and they will rely on the running game heavy.
It’s a tossup game; I have the Broncos winning 17-1