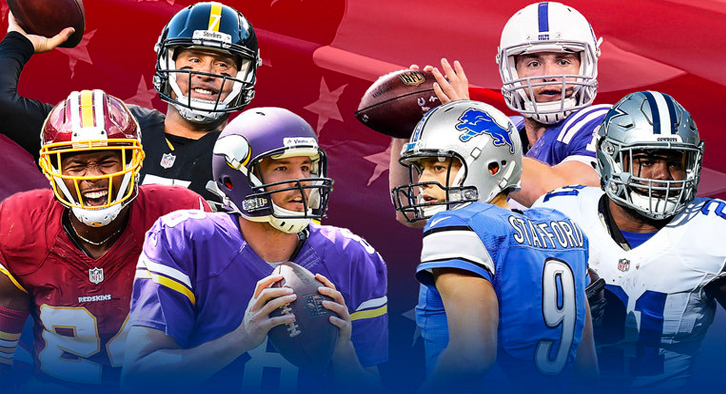 NFL – Gameweek 12 Preview – As the playoff race intensifies, here are my top 5 NFL Predictions for week 12:

With the NFL playoff race being tight, this is a must win season on the line game for the lions. The Vikings lead the NFC North by two games and with a win, they would virtually clinch the division with a 3-game lead. The lions won the first matchup between these teams earlier this year, however the Vikings weren’t the team they are now. I see the Lions struggling to move the ball against the Vikings defense, however the Lions do tend to play well in primetime and historically well on Thanksgiving. Expect one of the best early Thanksgiving games we’ve seen in a few years.

Panthers are coming off their bye week, and will be looking to keep their momentum on offense going. Meanwhile, the Jets are still alive in the playoff race and have been overachieving this year. It won’t be a cake walk but I have the Panthers winning late.

My game of the week with both teams fighting for second place in the NFC, this will be an impactful game for both teams moving forward. The Rams have looked impressive this season and have made strides on offense. Expect heavy usage from RB Todd Gurley with a gameplan to control the ball. The Saints rallied last week behind future Hall of Famer QB Drew Brees. In a shootout with the old guy in Brees vs the new guy in Goff, when the dust settles in this big game, I’m going with experience.

When the schedule was announced during the offseason this game was circled to be a big one, however with Packers QB Aaron Rodgers out, and with the number 1 seed up for grabs in the AFC, this can get ugly. The Steelers played well last week against the Titans, and at home I expect the momentum to continue.

If the playoffs started today the Ravens would have the 6th and final seed, and while they have struggled on offense this year their defense has carried the weight the past few weeks. This is a big game at home, I expect the Ravens to pull it out.