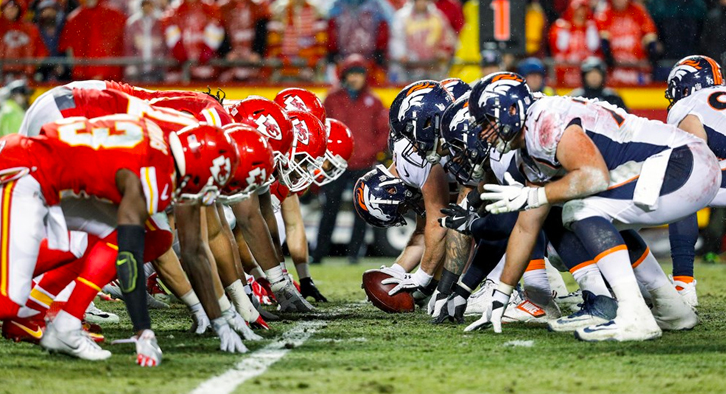 NFL – Gameweek 15 Preview – Both the NFC & AFC playoff races are heating up, with only 3 games left in the season before the playoffs, here are my top 5 predictions for the week.

The Chargers have been hot and are tied with the Chiefs for the number 1 seed in their division, they are also in a 3-way tie for a wildcard spot in the playoffs. A loss would put the Chiefs out of the playoffs for the interim, so this is a must win for both teams. The Chiefs had a great start and have been up and down since. At home with their crowd, I expect them to be in sync on both sides of the ball. However, with the Chargers momentum I see them pulling away late.

This game will determine the number 1 seed in the AFC along with home court advantage throughout the playoffs. The Pats are coming off a disappointing loss against the Dolphins and it is rare they lose back to back games. The Pats are also getting their pro bowl TE Rob Gronkowski back from suspension and will look to get their offense back on track. Meanwhile, the Steelers have been rolling as winners of 8 straight games, and with MVP Candidates, Antonio Brown and Le’veon Bell, their offense possesses the top WR and RB in the league. History shows the Steelers struggle on the road against the Pats, at home with their ultimate goal of home field on the line, in a close game I see the Steelers inching it out.

Coming off their loss to the Jags, the Seahawks are injured on defense and that won’t go well against the top 3 scoring offense that is the Rams. Meanwhile, the Rams lost a close game against the Eagles but are still in the hunt for the top seed in the NFC. Seattle won the first matchup between these two teams earlier in the season and will be playing for their playoff lives. The Rams are virtually in the playoffs with a win and with a loss, the Seahawks would be officially out of the playoffs. At home against a top division rival, I have the Seahawks winning a close one.

The Saints lost a close game against the Falcons and are in a tight race with the Panthers for the lead of their AFC South Division. This is a must win for the Saints and star rookie RB Alvin Kumara should be back from injury giving them a boost. Next week the Saints will face the Falcons again, I expect them to get back on track this week, to gain momentum for next week’s showdown.

It’s the return of star QB Aaron Rodgers for the Packers but would need to run the table for any hope of getting in the playoffs. Meanwhile, the Panthers upset the Vikings last week and are in a heat with the Saints on winning their division. The past two years the Packers have ran the table and with Rodgers back even at possibly 80% health, I believe that will galvanize the Packers defense and jumpstart their offense. In an upset, I have the Packers winning late.