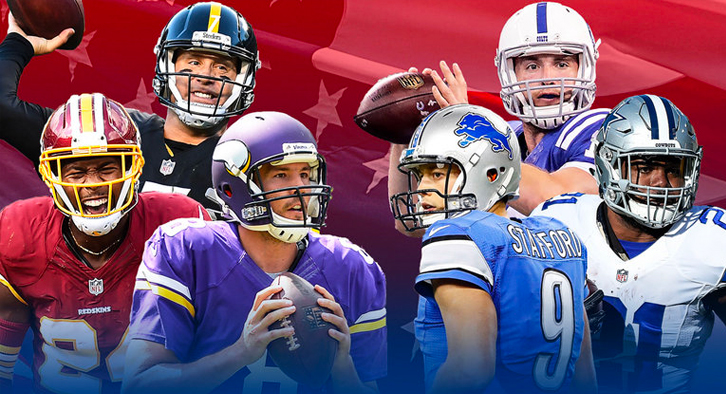 NFL – Gameweek 17 Preview – This is the regular season finale with the playoffs and the road to the Super Bowl beginning next week! Here are my week 17 Top Predictions!

The Jaguars, who have already clinched the AFC South and can’t earn a first-round bye even if they win, will be in a fight with division rivals, the Titans, who can clinch playoff berth with a win. Meanwhile the Ravens and the Chargers will be rooting for the Jaguars to beat the Titans for their own playoff hopes. At home with playoff berth on the line against a team who has already clinched, I have the Titans to pull it off.

Similar to the Titans, with a win the Ravens will clinch playoff berth, as it stands the Ravens own the 5th seed of 6 seeds in the conference. Division rivalry game here with the marbles on the line, I’m rolling with Ravens.

The Seahawks will win the sixth seed if they beat the Cardinals and the Falcons lose to the Panthers. The Arizona defense is playing good football right now even with their backup QB starting. In spite of injuries and locker room turmoil, the Seahawks haven’t missed the playoffs in years, and their SB, QB and MVP candidate Russell Wilson at home for Berth on the line it’s hard to pick against them. In a close game I have the Seahawks pulling it out.

Carolina and Atlanta are the last two NFC champs and their matchup this week will either result in both teams making the playoffs or one. The Falcons can clinch the final NFC wild-card spot with a victory. The Panthers are already in the playoff field, though their seed is yet to be determined. The Falcons have been up and down all season but with their playoff hopes on the line I expect a competitive showing at home. However, the Panthers are playing better football on both sides of the ball, and will be watching the score board closely. I have the Panthers on the road ending the Falcons playoff hopes.

With the division title on the line, there’s no way the Saints will be on a mental bye this week and be anything but ready. Although playoff berth has been locked up, this indeed is a playoff game, because playing that first game at home is of the utmost importance. and keeping the division title from the Panthers is also an incentive. I see the Saints continuing their momentum into the playoffs.

Final playoff Bracket Prediction: as a reminder, the top two seeds receive a 1st round bye

Have a Happy New Year!