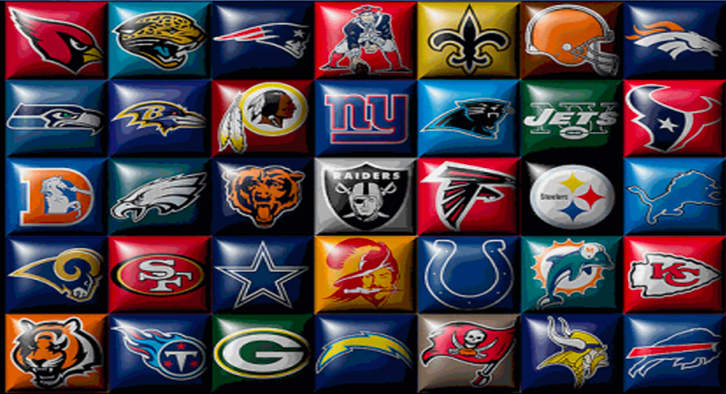 NFL – Gameweek 6 Preview – With four teams on a bye this week ( Bills, Bengals, Cowboys and Seahawks), here are my week 6 predictions:

Both teams are 4-1 and are off to good starts to the year! QB Cam Newton is playing at a high level and will be tested by the Eagles defensive front 7. Eagles QB Carson Wentz had a big game last week, and I am expecting another good performance. In the end I see the Panthers taking it late.

Miami’s offensive line has been terrible to start the season, and with the Falcons coming off their bye week rested, I am expecting the Dolphins to continue to struggle on offense. Their defense has played well but will tire against the explosive Falcons offense.

Rookie QB Mitch Trubisky will be in his first road game against the aggressive Ravens defense. Flacco and the Ravens offense showed some life last week and will look to continue.

The Texans Defensive injuries will be a concern moving forward specifically with losing JJ Watt for the rest of the season. Rookie QB Deshaun Watson has been consistently good the past 3 weeks, and will continue this week.

Division rivalry between two teams with injuries, however the Vikings are without their starting QB, and RB. Packers offensive line is getting healthy, on back to back road games similar to last week I see Aaron Rodgers pulling a win out late in this one.

Lions lost a tough game last week against the Panthers, meanwhile the Saints are coming off their bye week with an improving defense. While the trade of Adrian Peterson will help stabilise their running game, the Lions will challenge that Saints secondary. Expect a good game here!

The 0-5 49ers in their third straight road game, against Washington who is coming off a bye week are all things that will be tough to overcome for the 49ers.

Tampa lost to the Patriots last Thursday, meanwhile the Cardinals aren’t looking as good as expected. I see the Bucks offense getting the ball going.

Both teams are up and coming with both looking impressive at 3-2. The Rams lost a physical game against the Seahawks last week and have a long cross country trip for this week. The Jags defense has looked good, but their run defense will be tested this week against the top 5 offensive line in the Rams.

The undefeated Chiefs are confident and riding high while the Struggling Steelers are looking to get back on track. No way the Steelers offense will look as bad as last week, but in a close game I see the Chiefs winning late. Key injury to watch is pro bowl TE Travis Kelce for the Chiefs if he cannot play that is a big loss.

The Giants lost 3 WRs to injury last week including their star Odell Beckham for the season. Broncos are coming off their bye week and this is a primetime game for that defense. I don’t see this ending well for the Giants!