Nicaragua vs USA – Match Preview – United States face Nicaragua in the FirstEnergy Stadium, Cleveland, to conclude Group B knowing that if they better Panama’s result they will finish top and take them through to the quarter-finals.

Back in charge of USMNT for a second spell, Bruce Arena named a young and relatively untested squad for the 2017 Gold Cup, to raise the competitiveness for places in the World Cup next summer.

Hosts of this tournament, that inexperienced squad has four points from their opening two matches – level with Panama and with the same goal difference – but are top by virtue of goals scored.
A single point would guarantee USMNT’s passage to the last 8 – where they would meet the best third place team from Group A or C.

The second-favourites for the title, The Stars and Stripes have been unconvincing so far – a lethargic draw against Panama and an underwhelming 3-2 victory over Martinique has raised some questions for Arena and his side to answer.

However, it would take something remarkable for Nicaragua to surface from this match with a positive result so panic stations are not being called yet for the five-times champions.

Henry Duarte’s side were massive underdogs coming into this tournament, this year’s edition of the CONCACAF Gold Cup is the first time The Pinoleros have qualified for the tournament since 2009. In fact, it is only the second appearance Nicaragua have made in the competition since 1967 where they had a best-ever finish of 6th.
To further illustrate the point, Nicaragua have only ever avoided defeat once (with a draw) at the Gold Cup in every game they played.

This year, Nicaragua have so far lost 2-0 to Martinique and 2-1 to Panama. As such it would take a miracle to get out of the group, needing to beat the U.S. by several goals to secure a best-placed 3rd finish.

So that underdog status is accentuated when playing a CONCACAF powerhouse like the United States – especially when a result is needed by the latter. Nicaragua have nothing to lose and legend status to gain in their homeland. The recipe for an intriguing football match. 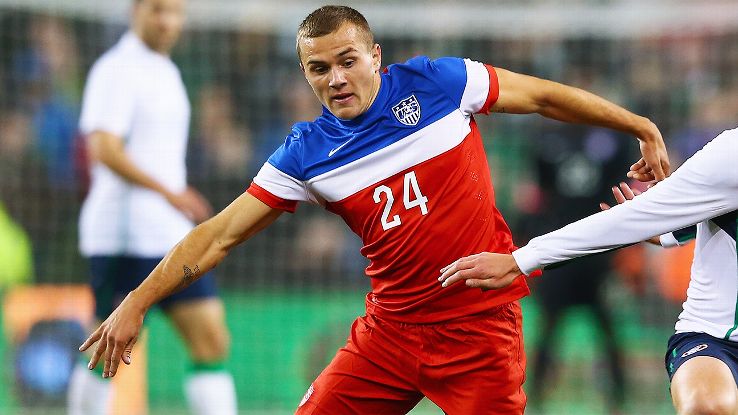 Player to Watch
Forward Jordan Morris is doing his best to cement a place in Arena’s World Cup squad at this tournament – saving United States’ blushes with a well-taken brace in the narrow 3-2 victory over Martinique last time out. Morris is definitely capable, his breakthrough season with Seattle Sounders in 2016 displayed that – scoring 12 goals in 41 appearances. The 22-year-old, remarkably, is one of the more experienced players in this squad with 18 caps and will be raring to justify his selection for both this tournament, and hopefully for the ones to come.