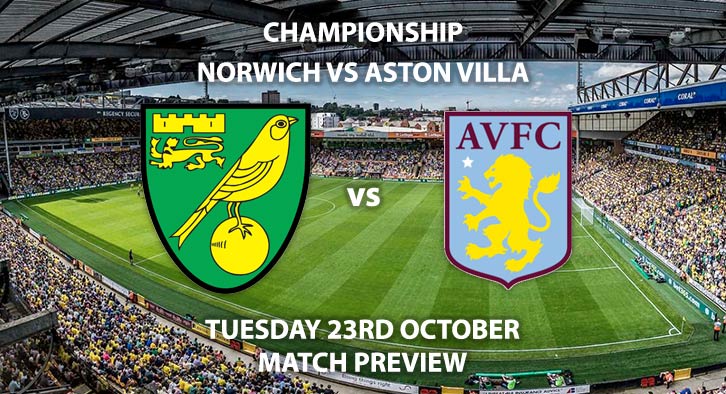 Dean Smith looks to continue his good start to life as Villa manager as they travel to fellow promotion-chasers Norwich.

Boyhood Aston Villa fan Dean Smith took what was billed as a challenging, but dream job following Steve Bruce’s sacking. Making the move across from Brentford, Smith comes with a stellar reputation and an appetite to succeed.

Life couldn’t have started any better, as Tammy Abraham scored the only goal to take all three points against former club Swansea City last time out. That was only the second win from 12 matches for Villa. Smith insisted there is much more work to be done.

Key to that work could be how impactful the talents of Jack Grealish turn out to be. The 23-year-old is yet to find the net this season, so is surely due an explosion. His perennial potential is surely running thin and the time has come to actually deliver. Especially with the club so desperately chasing a return to the top flight.

The aforementioned victory took The Villains up to 13th, leapfrogging Swansea in the process. The Championship is more bizarre than ever currently, with just five points separating Derby County in 5th and 18th position Bolton Wanderers. As it stands, Norwich are level on points with Derby in 6th. A Villa win here would see them overtake Norwich.

That should come as a surprise as The Canaries have been very good over the previous half a dozen matches. After a sluggish start to the campaign, Daniel Farke’s men won four on the bounce before getting a creditable point at Derby County. Losing at home to Stoke before the international break was quickly put to bed with a 2-1 victory at Forest on Saturday.

Villa have scored in every single league game this season, so why should that change? Norwich have conceded in the last three too, only keeping four clean sheets all season. That is still twice as many as Villa, however, their total of two only bettering six clubs.

No side has really put together an incredible run of form yet, and this game will stifle one team’s momentum. It could, however, lend a hand in deciding who is up there come crunch time. Or at least who is more likely to. Who knows? In this league, I’d bet on nobody.

Simon Hooper is the man in the middle, taking charge of his eighth game of the season. Those matches have come all across the domestic system, from League Two to the Premier League. Hooper has a fairly lenient record, dishing out 20 yellows and one red in those seven games. Norwich and Villa are 13th and 10th respectively for total number of cards (23 yellows and 21 yellows and one red respectively), so the stats say there shouldn’t be fireworks.

Norwich City vs Aston Villa will be televised live in the UK on Sky Sports Football with kick-off at 19:45 GMT.

Remember to keep visiting the tips and preview area for further updates and betting previews around this weekends other domestic games and remainder European action this week.