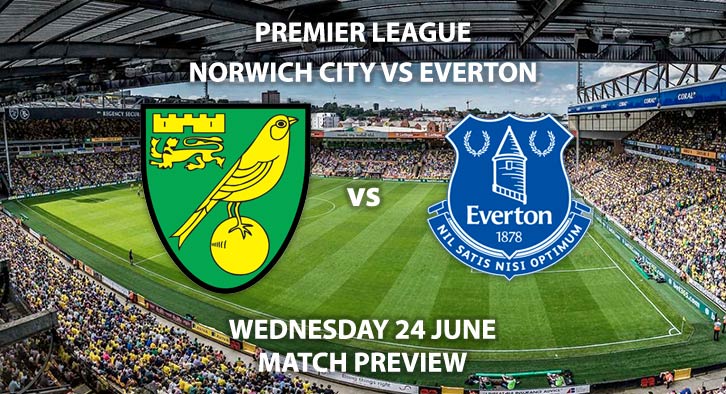 Norwich City will host Everton in Premier League action this Wednesday evening as the league is back in full swing with a set of midweek fixtures.

Premier League safety is looking less and less likely for the Canaries, who find themselves six points from safety at the foot of the table. A 3-0 defeat to Southampton last time out has only weakened their survival bid. Meanwhile, Everton will look to build on their promising performance on Sunday as they drew 0-0 with rivals and champions elect Liverpool.

Norwich City will have a tough afternoon ahead of them and are priced at 29/10 to win the match by SkyBet. Their form before the lockdown was pretty poor, with just one win from their last five matches in the Premier League. They have the second worst home record in the entire division and have struggled to maintain leads.

Going forward, Teemu Pukki has been their brightest spark with 11 goals this season. He is priced at 11/8 to score anytime.

Everton are favourites for this encounter and are priced at 10/11 to claim an away victory. Carlo Ancelotti’s side still have the faintest hopes of pushing for a Europa League spot for next season and this game will be classed as a must-win for the Toffees. They looked well organised against Liverpool and dangerous on the counterattack but will likely enjoy more possession at Carrow Road.

In attack, Dominic Calvert-Lewin has reached new heights this season with 13 goals. He is priced at 14/5 to score first.

Last time these two met, Norwich pulled off a shock 2-0 victory away from home with goals from Todd Cantwell and Teemu Pukki. The match was one of former manager Marco Silva’s final in charge of Everton. A monstrous 80 booking points were brandished and SkyBet are offering 11/8 for 50+ booking points this time out.

The match will be televised on BBC One HD and kicks off at 18:00.

– This will be a close match as Norwich play without fear but Everton’s quality should get them over the line.