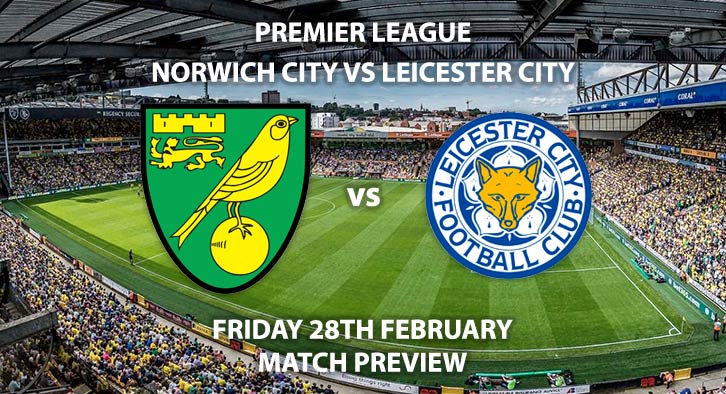 The Canaries suffered another crushing blow in their bid for survival as Wolves beat them 3-0 last weekend. Daniel Farke’s side are entering crunch time in the league and are already cut adrift from the rest of the competition. The Foxes are hoping to cement a top four place with a few more victories and qualify for the Champions League next season.

Norwich City are priced at 10/3 to win the match and pull off a huge scalp in their relegation scrap. The Canaries need a win badly as they can feel their topflight status slipping away from their grasp. They are six points below Watford in 19th and have failed to score in their last three outings.

Todd Cantwell has been a spark of creativity in the Norwich side that has struggled to score many goals. He has six goals to his name this term and is priced at 23/10 to score anytime.

Leicester City are favourites for this match and are priced at 3/4 to claim another victory to solidify their top four posts. Brendan Rodgers has led an impressive campaign for the Foxes – but will want to make up for their 1-0 defeat to Man City last weekend. However, against the bottom of the table they should enjoy the lion’s share of possession and chances at Carrow Road.

In attack, Jamie Vardy is going through a stale patch but still has an impressive tally of 17 goals for the season. He is priced at 14/5 to score first.

The referee for this match will be Craig Pawson. The official has been one of the harsher officials in the topflight with an average of 44.6 booking points to his name.

Norwich City vs Leicester City will be televised on Sky Sports Premier League HD and kicks off at 20:00.

– The away side have more quality all over the pitch than the hosts and need a win just as badly.