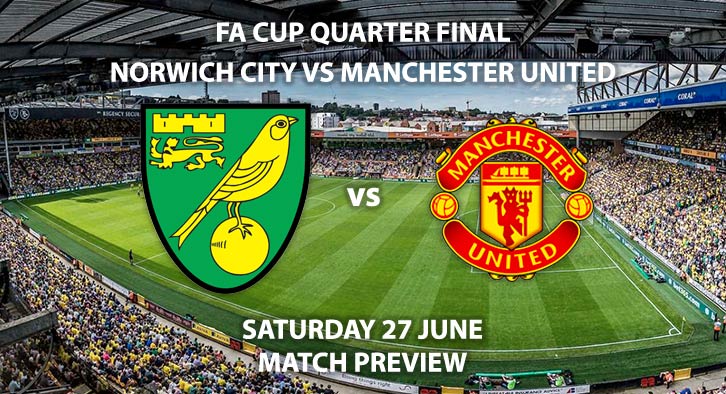 The Canaries pulled off an impressive 2-1 victory against Tottenham in the last round. A late Josip Drmic goal in regular time saw the match go to penalties as Norwich advanced to the next round. Meanwhile, United had a resounding 3-0 victory over Championship side Derby County with a goal from Luke Shaw and a brace from Odion Ighalo.

Norwich City are underdogs for this match despite having home advantage and are priced at 5/1 to win the match by SkyBet. Daniel Farke’s side have a huge uphill battle to remain in the Premier League so will look to the FA Cup to rescue their season. The Canaries have played without fear, which has been a positive and a negative as they have not had the best season but have pulled off some great victories.

Going forward, Teemu Pukki has been their biggest goal threat and is priced at 15/8 to score anytime.

Manchester United will feel confident that they can reach the semi-finals and are priced at 8/15 to win the match. Ole Gunnar Solskjaer’s side looked mightily impressive in their last outing, as they swept side Sheffield United with a 3-0 victory in the Premier League. It was the first time Paul Pogba and Bruno Fernandes started together and they look quite the force to be reckoned with.

In attack, Anthony Martial will be pleased after scoring a hat-rick during midweek and is priced at 23/20 to score anytime.

Last time these two met back in January in the Premier League, United ran riot in a 4-0 victory at Old Trafford. Marcus Rashford bagged two goals as Anthony Martial and Mason Greenwood also scored. No cards were shown as United comfortably won but with much more at stake this time around, SkyBet are offering 10/11 for 40+ booking points.

The match will be televised on BBC One HD and kicks off at 17:30.

– The visitors should win the match but will have to work hard for it.