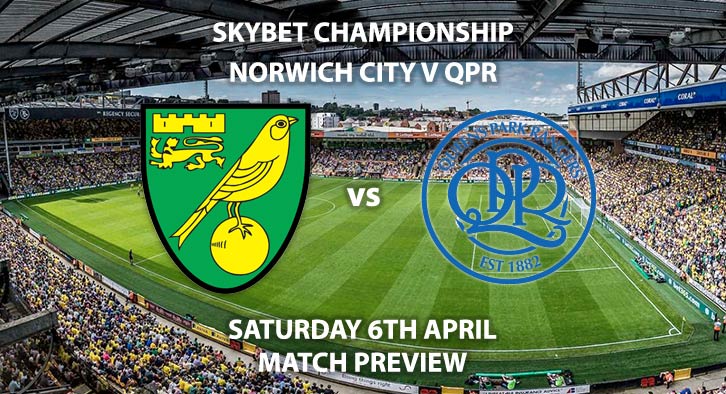 Norwich vs Queens Park Rangers: League-leaders Norwich City will be looking to extend their lead at the top of the Championship table when they take on managerless QPR at Carrow Road.

The Canaries look to have one foot in the top flight already, after a run of seven consecutive wins. Daniel Farke’s side have opened up a seven-point lead on third-placed Sheffield United, with seven matches remaining. Throw in the fact Norwich also have the easiest run-in of the three main promotion contenders and it’s easy to see why they’re favourites to reach the Premier League. Norwich haven’t lost at home this year in the league this year, dropping just two points in total. That has been the backbone of their title push which has put them to within a few wins of a Premier League return. Teemu Pukki has failed to score in his last six games for club and country, his biggest drought of the season. I fancy he might put that right against a poor Rangers side, who leak goals for fun.

QPR sacked Steve McClaren on Monday, with former Watford midfielder John Eustace taking over for this match. They have won just once of their 15 games, which has seen them plummet down the league table. They head to the league leaders 17th in the table, eight points above the bottom of the table. QPR’s last away win came back in December 2018, which underlines how poor their form has been. They’ve conceded six goals in their last three games and only four sides have conceded more goals in the league this campaign than R’s, ahead of a trip to the division’s top scorers.

Scott Duncan is the referee for this fixture. The Englishman has officiated 37 second-tier matches this season. In that time, he has accumulated an average booking points total of 34.1. Therefore, I would advise a maximum of 50+ total points for this fixture.

This one seems quite straight forward. Norwich are the best side in the league and score the most goals, whilst QPR are in horrific form and leak goals for fun.

Norwich City vs Queens Park Rangers will be televised live on Sky Sports Football with kick off at 12:30 GMT.