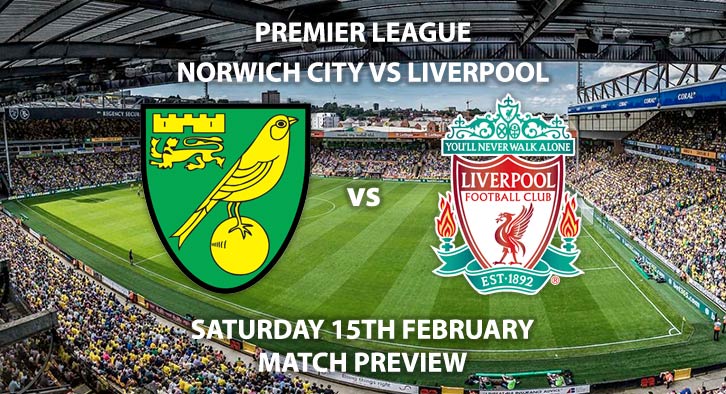 Daniel Farke’s Norwich City side are tasked with stopping the red juggernaut that’s steamrolling it’s way through the Premier League, and are still the only Premier League side yet to lose a game. The Canaries however, despite their position can have some confidence ahead of this one, as they beat reigning Champions Manchester City at the beginning of the season, administering their first defeat of what’s been a disappointing season for Pep Guardiola’s side. Farke and his players will however know the mountain of a task that awaits them this weekend.

Norwich, in fairness, are in deep trouble as the final three months of the season approach. The Canaries sit rock bottom and are currently seven points adrift in the battle to avoid relegation. Norwich have won one of their last twelve matches, form which you would associate with a side that’s well and truly in a relegation battle.

Jurgen Klopp’s Liverpool side however are quite literally in a league of their own, and have picked up an astounding 73 from a possible 75 available in the Premier League. The Red’s are well on course for their first Premier League title in thirty years, and if they continue, they will secure it in record time. Six more wins is all they need to Premier League glory.

These two sides met on the opening day, and Liverpool ran out 4-1 winners at Anfield. Teemu Pukki scored his first of eleven goals at Anfield, and is priced at 15/8 to score anytime. Both Pukki and Norwich will have to work hard if they are to find the back of the net however, they are facing a Liverpool team who have eight clean sheets in their last nine matches in the Premier League.

The referee for this encounter is Stuart Attwell. The 37-year old has established himself as one of the harsher referee’s this season, averaging over 4.5 yellow cards per game. Attwell has also awarded two red cards this season. This considered, I would suggest a minimum of 30+ booking points for this  encounter.

Norwich vs Liverpool will be televised live in the UK on Sky Sports Premier League HD with kick-off at 17:30 GMT.