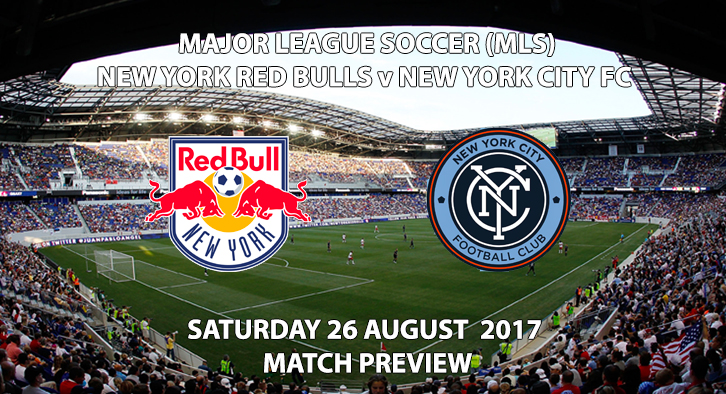 NY Red Bulls vs NY City FC – Match Preview – The New York derby returns for its tenth ever fixture. The City that never sleeps will have the attention of the MLS on Saturday 26th August as both sides are battling to secure a top two position in the Eastern conference.

The ever-competitive New York Red Bulls will be hoping to bounce back following a 2-0 away defeat at the hands of Portland Timbers. However, standing in their way of a crucial three points is an in-form New York City side that has won three matches on the bounce. 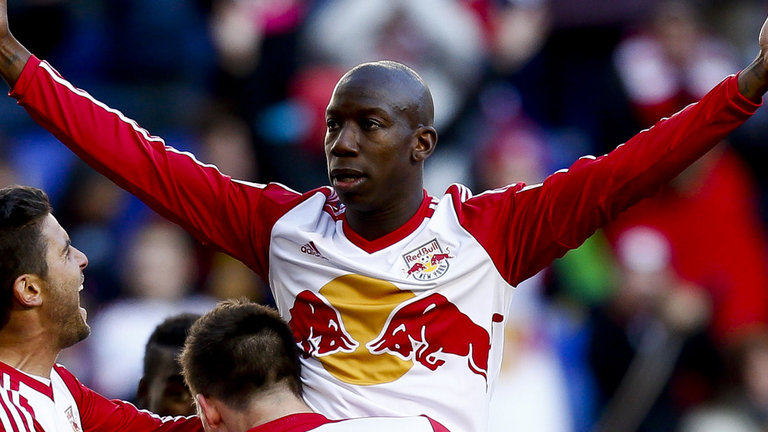 The (sort-of) hosts for the derby, Red Bulls, often pose as the largest attacking threats in the conference. Striker, Bradley Wright-Phillips, is one of the best documented players in the league and will pose big problems for the New York City defence. The striker scored a brace in their recent US Open Cup tie against Cincinnati; a late equaliser and then the winner in extra time.

Head coach of the Red Bulls, Jesse Marsch, will be hoping to restore the faith of the fans by earning some local pride against their noisy neighbours. The last time these two met, New York City won in a 5-goal thriller with ex-Barcelona star David Villa stealing the headlines with a hat trick for Patrick Vieira’s side. 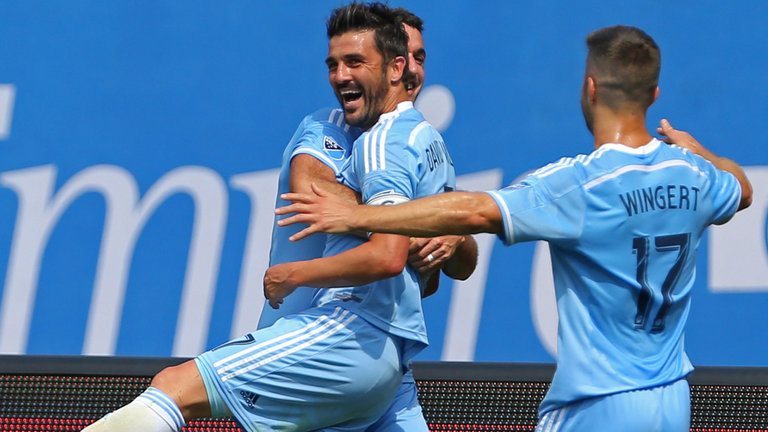 David Villa has hit the net 19 times this season in the MLS for NYCFC Photo Credit: skysports.com

At the age of 35, David Villa is continuing to score for fun as he is leading the MLS golden boot race with 19 goals and 4 assists. The most experienced player on the pitch will also be the deadliest. Could the Spaniard’s clinical edge provide the difference?

Villa and company will widen the gap between them and the competition with a victory on Saturday. New York City currently sit second in the Eastern conference, five points adrift from Chicago Fire in third. Manager, Patrick Vieira, will look to field his strongest side in the hopes that his side can get one over on their city rivals. The bookmakers fancy them to do so.

Red Bulls are nowhere near safe in the play-off positions thus far and a defeat on Saturday could see them with their backs against the wall. Columbus Crew, Montreal Impact and Atlanta United are all breathing down their neck in the standings. In front of a home crowd, this is the definition of a big pressure match.