Happy Friday everyone, hopefully this week has treated you well.

Welcome to a new feature on the Betalyst site. Based on the most recent round of feedback that you all provided me (thanks to all who got involved) I am now going to be writing a daily column on the site to highlight my picks of the day.

As you all know Betalyst is based off of it’s own algorithm that picks tips everyday and analyses every match in it’s system to provide predictions for outcomes and events in games and it is currently very accurate, especially compared to other similar websites that I monitor and compare against.

This column will be my personal viewpoint on the day’s football betting and a selection of my own tips. I encourage you all to get involved using the comments section below to share your tips for the day, thoughts on the days games, any research you have and ask questions of me and other readers about bets you are thinking of placing.

There are a decent number of games on today to research, the highlights include Burton vs Birmingham in the English Championship, Monaco vs Montpellier in French Ligue 1, Hamburg vs Frankfurt in the German Bundesliga and Osasuna vs Betis in La Liga… There are also a host of games from French Ligue 2, Portgual, Poland and more. 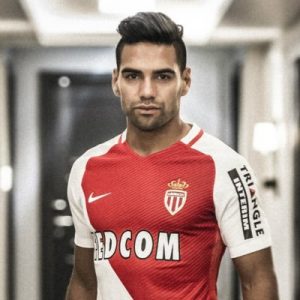 I am going to start today with the game in Ligue 1 where Monaco play host to Montpellier. On paper this would look to be Monaco’s match and I think the return of Radamel Falcao is only going to strengthen their claims. They had a tough workout in Moscow on Tuesday night and that may give Montpellier a slight edge in terms of fitness. Montpellier have scored in each of their four away games this season and given that Monaco have only managed the one clean sheet at home which came in the 3-0 win over Rennes, I would suggest Both Teams To Score looks likely here.

In Germany Hamburg host Frankfurt tonight in a game where the bookies have struggled to separate the teams and this could open up some value. Despite the change in manager and an impressive point they picked up away at M’Gladback last week I still can’t see any life in this Hamburg team. They are still yet to win a game this season and have managed to score just two goals. However on the other side we have a Frankfurt side that are really struggling with games away from home, with just 2 away wins in their last ten away from home and only 3 points from 9 available away this season. I think the one standout selection in this game has to be Under 2.5 Goals. Hamburg average 2.33 goals per game at home and Frankfurt’s average is just 1.83.

The game in La Liga tonight Osasuna vs Betis is one that I am going to take a pass on, I can’t separate the sides and nothing appeals in what could be a dreadful game.

In England tonight Burton play hosts to a Birmingham side who put four goals past Rotherham in midweek and  they have only lost once in their six away games this season. An initial look at Burton’s form may make you think about backing the away win but on closer inspection they have some merit. They have managed just two wins in their last 10 matches in all competitions, however, when you break it into home league games they have managed to pick up 10 points from their 6 home games. I think it is a game to avoid trying to pick a winner from, but would take interest in the Under 2.5 Goals market. Burton have only gone over 2.5 goals at home once this season in their defeat by Bristol City and Birmingham’s away games tend to average only two goals.

Elsewhere around Europe tonight I fancy a couple of teams at attractive odds, namely, Brest away at Laval in French Ligue 2. Brest are currently top of the table and are in a bit of form in the league and come up against a Laval side who currently sit 2nd bottom and have managed just 6 goals this season to Brest’s 17. Brest are currently at odds around 2/1 to win. Excelsior vs Zwolle looks set to be a match full of goals, both teams average over three goals per game and the two previous meetings ended 2-2 and 0-5, I fancy Excelsior to come out on the right side of the goals tonight with a win. Finally another game in French Ligue 2 where Tours host Valenciennes, I am struggling to find any reason to back a Tours side who have not won a game at home since 1st April and have only managed three goals in six home games this season. Valenciennes come into the game on the back of two wins where they have scored seven goals and I think they will have too much for Tours here.

Monaco vs Monpellier – Both Teams to Score

Hamburg vs Frankfurt – Under 2.5 Goals

Burton vs Birmingham – Under 2.5 Goals

Excelsior vs Zwolle – Over 2.5 Goals

Please discuss the days betting, your tips and ask any questions of my tips in the comment section below.