Saturday is here and my match tracker tells me here are 1,026 matches taking place today! Too many for me to analyse every game but I have picked out 7 matches today that I fancy teams to win and have some bets for.

Let’s start in the Premier League as three of my games come from there. 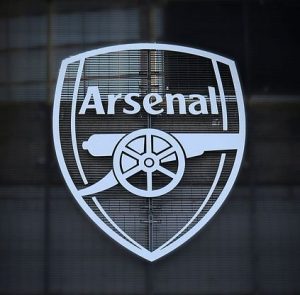 Arsenal play host to Middlesbrough and this on paper should be a very easy game for Arsenal. They eased past Ludogrets 6-0 on Wednesday night and have won nine of their last 10 games, the only other game being the 1-1 draw away at PSG which is a respectable result. At home this season the only blip on their record was that 3-4 defeat to Liverpool on the opening game of the season, since then they have notched up 5 straight home wins, scoring 16 goals. Things have not been so easy for Middlesbrough who have managed just the one win so far this campaign. I struggled to see anything other than a comfortable home win here.

Next up we have Burnley vs Everton. Everton are a team that I think are doing well this season. Take their mini blip out of the recent results this season and they actually have a strong record and come into this game as a very difficult opponent for a Burnley side who are desperate to get some points on the board. I think the matchup of the teams and the strength of Lukaku upfront for Everton will make them far too strong for their opposition here.

The evening game in the Premier League sees Liverpool host West Brom. If we ignore that dreadful game on Monday night against Manchester United then Liverpool are a form team in the Premier League this season. They had a slip up away at Burnley where they lost 2-0 but since then they have racked up some very impressive performances as well as beating Leicester 4-1 and Chelsea 2-1. I think they are going to have far too much firepower for a West Brom team who are struggling to convert games into wins and have picked up three straight 1-1 draws. Away from home this season West Brom have faced some poor sides and failed to win, such as Stoke, Sunderland  and Bournemouth so I hold little hope for them at Liverpool who will be looking to put on a performance after that poor show on Monday. This could be a handsome Liverpool win.

My only other pick in England today would be in League Two where Wycombe host Barnet. Wycombe stand out in this game due to the odds on offer of 6/5. Whilst they have not win in their last two games, those games were both away from home and their home form has been very good, winning their last 4. Barnet are really struggling this season and are currently 2nd bottom picking up just 2 points in their last five games. I think the odds on a Wycombe win are far too big here and should be taken advantage of.

Elsewhere in Europe I fancy wins for Leverkusan at home to Hoffenheim, Freiburg at home to Augsburg and Bordeaux at home to Nancy as these teams currently stand out based on current form guides.