We now enter a new week and look to find some value on what looks like a tricky day of betting with few games and some tricky ones to call. I have been through all the days games and picked out my selections..

I am starting in Poland where Ruch host Korona Kielce, a game that the bookies have given the home team a slight advantage in but one that should be tight. It is a meeting of two teams struggling for form, Ruch have lost their last four games and have suffered three straight defeats at home. Korona have also lost their last four and in their two previous away games they lost 6-0 & 4-0. Whilst I think this will be a home win tonight I am not willing to back that selection due to the poor quality of both defences so instead I have decided to take the Both Teams To Score (BTTS) market. Ruch have only kept one clean sheet in their last ten at home and Korona have only one clean sheet in their last ten away from home. 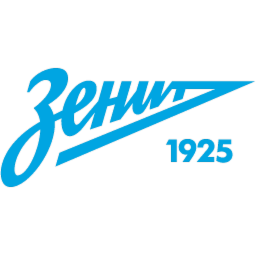 There are not a lot of obvious shouts for winners today but Zenit to beat Orenburg is certainly the standout game for backing a home win. The odds also reflect this with Zenit as low as 1/4, so there’s not a lot of value there. There is value however in backing Zenit to win with over 2.5 goals in the game that is currently at odds around 4/5. Zenit average 4.33 goals in their home games and we would only need 3 goals and home win to land this one.

Konyaspor host Fenerbahce in Turkey this evening in a game where Fenerbahce look far too short at their price and I would avoid backing them to win this one. I do however like the look of Both Team To Score at odds around 10/11. The last three meetings of this fixture landed BTTS and given that both teams average over a goal per game and Fenerbahce are coming off the back of a 4-1 defeat to Manchester United I think this looks a solid bet.

Sweden is generally a great league to find over 2.5 goals selections as the league has an average goals per game that is a lot higher than the rest of Europe. I have picked two games from Sweden to make up an over 2.5 goals double for today. IFK Gothenburg vs AIK and Djurgaarden vs Joenkoeping both look very solid selections to have three of more goals tonight.

In terms of value picks for today I have two teams that I believe are at longer odds than they should be today. Firstly, Bolton travel to Bury in English League 1 tonight. Bury have suffered four straight defeats, two of which came at home. Bolton on the other hand have started to find their form, winning their last three games, two of those coming away from home. With Bolton currently at odds of 29/20, this stands out as a value pick tonight.

Later on in Brazil I have also found another value pick. America MG are currently bottom of the table and a defeat tonight will all but seal their relegation. However, their opponents tonight Atletico PR are dreadful away from home, losing eight of their last ten away, including defeats to the teams second and third bottom in the table, they have also failed to even score in their last six away. I see no reason not to fancy an America MG win tonight as they fight for their survival. Odds of 17/10 make this a value pick.