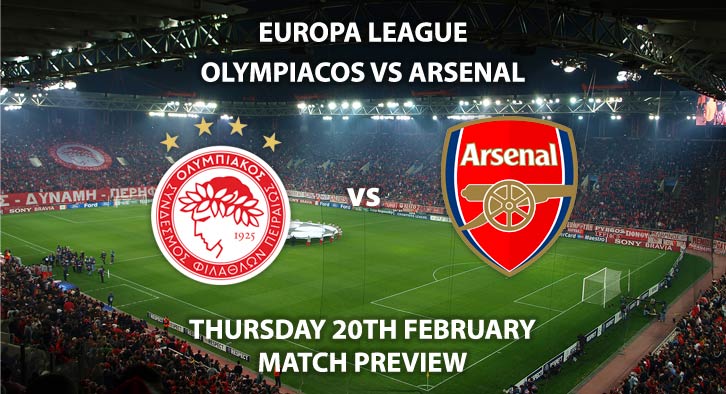 Mikel Arteta’s Arsenal will travel to Olympiacos for their first leg of their UEFA Europa League Round of 16.

Olympiacos will feel confident ahead of this home tie, as they are unbeaten in ten matches on their patch in this competition. They are top of the Greek Super League and are undefeated from their 24 matches in that league. Meanwhile, Arsenal are starting to turn their fortunes around under Arteta’s guidance. They have lost just on match in ten across all competitions and are favourites to qualify for the next round.

Olympiacos are priced at 15/8 to win the match by SkyBet and pull off a shock victory on home soil. ‘Thrylos’ are flying high in domestic competitions but will want to spoil the Arsenal party coming to town. The Greek outfit fell short in the Champions League and were demoted to the Europa League. They have no issue scoring goals and have scored at least three goals in five of their last six home matches.

Youseff El Arabi is having a great season with 17 league goals and three Champions League goals. He is 9/5 to score anytime.

Arsenal are priced at 13/10 to win the match and continue their impressive run of form in recent weeks. The Gunners topped Group F to reach the knockout rounds but didn’t make it easy for themselves. However, on the road they are unbeaten in nine matches across all competitions and should be able to find a way past their Greek opponents.

In attack, Pierre Emerick Aubameyang has been in fine form once again and is priced at 23/20 to score anytime at the Karaiskakis Stadium.

The referee for this match will be German Felix Zwayer. The Gunners have been one of the most aggressive teams in the Premier League this season with an average of 26.7 booking points per match.

– The visitors look to be comfortable in the new manager’s tactics and should cruise through this match.