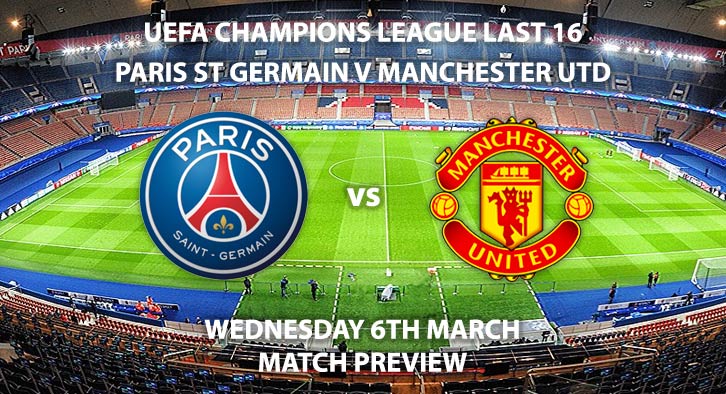 Paris St Germain vs Manchester United: Paris Saint-Germain will be looking to add to their two-goal advantage when they take on Manchester United in the second leg of their UEFA Champions League last 16 tie.

Thomas Tuchel’s side head into this match in control of their own destiny. Since beating United three weeks ago, they have won all five of their games, with an aggregate score of +12. Those results have left them 17 points clear of second-placed Lille, with a game in hand. With the domestic league all wrapped up, PSG can now focus Champions League glory. They are yet to taste defeat at home in the league this season and have won their last seven games at the Parc des Princes, in all competitions. Edison Cavani and Neymar are still out, meaning Tuchel will once against field Kylian Mbappe as a central striker. Angel Di Maria starred in the first leg and will be out to prove a point once again against his former employers.

Manchester United claimed back-to-back wins this week over Crystal Palace and Southampton to set them up for their trip for Paris. They will be without Anthony Martial, Jesse Lingard and Alexis Sanchez for this game after the Chilean was ruled out for six to eight weeks with a knee ligament injury. United come into this having won their last eight away games – a club record. If any club has the form to defeat PSG at home, it could well be Manchester United. Injuries won’t make it easy but their resurgence under Ole Gunnar Solskjaer can’t go unnoticed, especially on the road.

Damir Skomina is the referee for this game. The Slovenian official took charge of Real Madrid’s win over Ajax in the last round, as well as last season’s semi-final between Liverpool and Roma. The experienced official has averaged 4.67 yellow cards per game this season. Therefore, I’d advise a maximum of 40+ total booking points this season.

Paris St Germain vs Manchester United will be televised live in the UK on BT Sport 2.

Odds and markets last updated on Wednesday 6th March 2019 @13:30 GMT. Keep checking back to see if there’s any updates to markets – the time stamp in the previous sentence for when we update tips on this page will be updated.

Remember to keep visiting the tips and preview area for further updates and betting previews around this weeks remaining Europa League and Premier League fixtures.