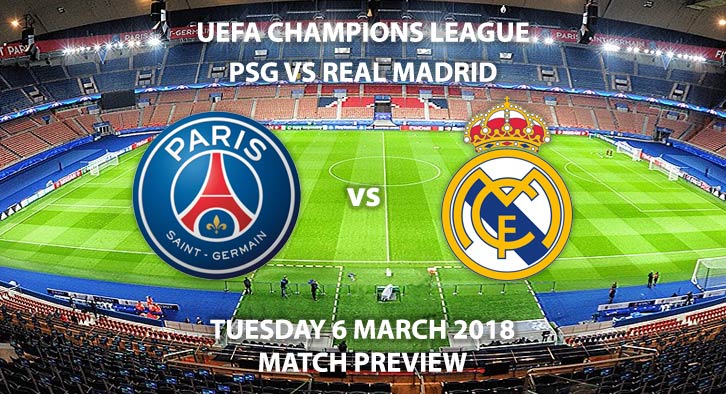 PSG will be without Neymar for this tie, with the Brazilian forward likely to miss the next two months with a broken metatarsal. Their world-record signing now faces a race against time to prove his fitness before this summer’s World Cup. Despite playing well in Madrid, PSG are up against it as they aim to progress to the next round. In the first leg, they proved their capabilities going forward; creating multiple chances against Real’s rear guard. Ultimately, ten minutes of poor concentration cost them, which has left them needing two goals. The away goal, scored by Adrien Rabiot, could still be crucial. A 2-0 victory is far from beyond PSG, the real question is whether they can prevent Real from scoring.

Madrid know that this tie is in their own hands. Holding a 3-1 lead, there is huge expectation for them to go through. Since the first leg, they have won four games and lost just once. A return of 15 goals and six only conceded shows Madrid have returned to form. Cristiano Ronaldo has ten goals in his last five games, showing the Portuguese forward is also back to his best. Zinedine Zidane’s main dilemma falls within his team selection. Gareth Bale grabbed another goal at the weekend, which poses the Frenchman his greatest problem. He has recently opted to play Isco but could reintroduce the Welshman for this key fixture.

The pressure is certainly on the hosts and they’re without their main man. However, Angel Di Maria will be expected to join Edinson Cavani and Kylian Mbappe in attack, which underlines the Parisian’s strength in depth. They have to go for the game; which should create a classic spectacle at the Parc des Princes.

Felix Brych is the referee in the French capital on Tuesday. The German plies his trade in the Bundesliga and has an average card total of 3.67. He has issued 41 yellow cards in 25 games, whilst showing just one red card this season. In comparison with other officials, he is mid-table with these statistics. Thus, booking points may not be too high in this game.

This game is very tough to call. An early goal for PSG would certainly make things interesting and pile the pressure on Madrid. I think that Madrid’s big players will see them through this tie, therefore I’m opting for a score draw.

Paris St Germain vs Real Madrid will be televised live on BT Sport from 19:45 in the UK.