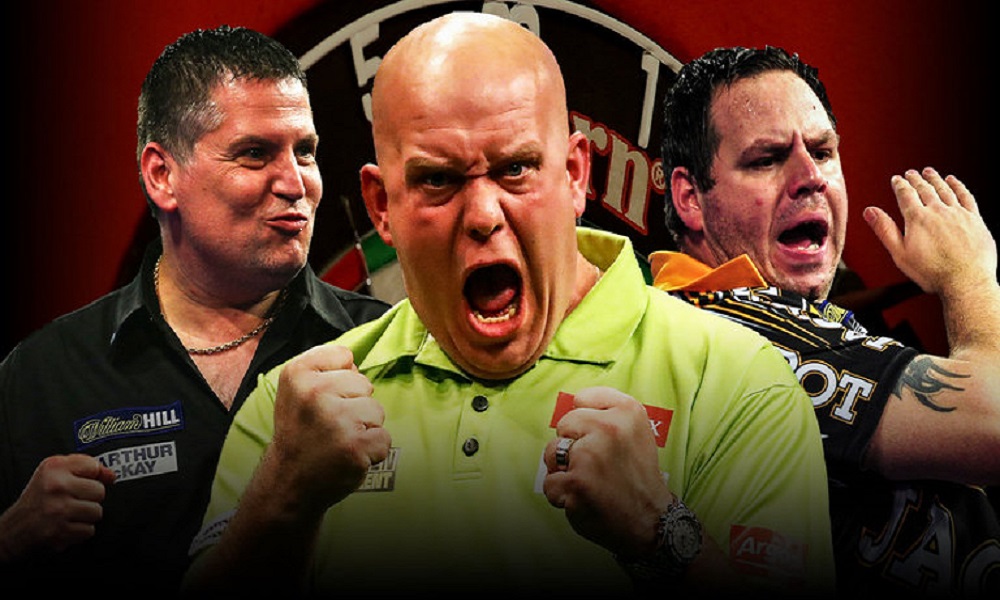 The PDC European Tour is on the road yet again, this time in Austria. The twists and turns of the opening day came in classic PDC fashion, with many low ranked individuals looking to progress through the PDC Order of Merit. German, Rene Eidams, is the 169th in the World Rankings but impressively overcame 29th ranked, Justin Pipe, 6-5 in possibly the greatest match of Eidams career so far. 91st ranked Finish player, Kim Viljanen, beat 97th ranked Polish player, Ratajski Krzysztof, 6-5 in arguably the most entertaining match of the opening day.

Clearly the fans favourite, Mensur Suljovic, will face Ronny Huybrechts in the round of 16. Mensur enters this tournament in hot form, with 2017 being possibly the best year of his career so far. Ronny is coming on off the back of a poor individual performance at the world cup where he was partnered with brother, Kim Huybrechts. Suljovic, currently 7th in the PDC Order of Merit should beat his Belgian opponent and I fancy him to go very far in this tournament with a home crowd backing.

World number one, Michael van Gerwen, enters the tournament with a match-up against unranked Austrian, Christian Kallinger. Van Gerwen ran riot in the previous PDC European Tour, winning the final 6-3 against Austrian, Mensur Suljovic. The Dutchman should have no problems with this opponent, we should see a whitewash here.

Scotland’s answer to an entertainer, Peter Wright, also enters the competition with a match against Finish player, Kim Viljanen. As aforementioned, Kim impressed in his previous match against Krzysztof but should find the World number three a little too tough. The Scotsman will be looking to bounce back after his and team-mate, Gary Anderson’s, embarrassing exit from the World Cup of darts to Singapore in the first round. Wright should go far in the tournament, as he usually does.

Another player who has been impressing lately is 20-year-old, Martin Schindler. The German recently paired up with fellow countryman and 20-year-old, Max Hopp, to represent Geramny at the World Cup in front of a home crowd. Schindler was a portrait of a youngster with no fear going toe to toe with some of the PDC’s best. Schindler faces a tough test in Ian White, can he carry on his impressive form, wouldn’t want to bet against him right now.