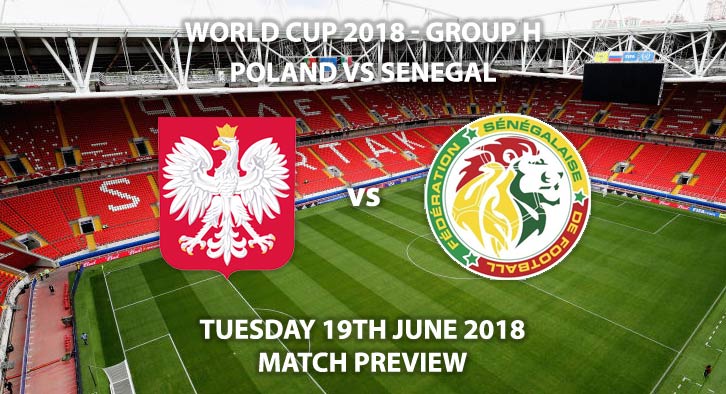 Poland vs Senegal – Poland and Senegal begin their 2018 World Cup campaign in this Group H showdown.

Both nations cruised through their qualifying groups with Senegal not losing a single match whilst Poland only lost one but still finished five points to the good ahead of Denmark.

Poland and Senegal share the same attribute in having a key talisman among their ranks. Bayern Munich striker Robert Lewandowski who spearheads the Polish attack and Liverpool winger Sadio Mane who will be a nuisance for all opponents.

Poland captain Lewandowski is one of the tournaments dangermen and some people’s outsider to win the golden boot, SkyBet offering odds of 33/1. Mane will be the quickest and trickiest player on the pitch and has proved his worth on the big stage by scoring in the Champions League final a few weeks back. He is 11/2 to score first.

Poland have been in rather rampant form during their warm-up matches and are favourites to win the match, priced at 13/10 on SkyBet. Their most recent outing saw them demolish Lithuania 4-0, with Lewandowski grabbing a brace. They also faced non-qualifiers Chile in a 2-2 draw with the captain finding the net again.

Senegal, priced at 11/5, have dealt with rather difficult opposition pretty well in their warm up matches. Despite taking the lead against Croatia, two late second half goals settled the tie for them however they bounced back with a 2-0 victory over South Korea.

The match is a close one to call, as both nations are capable of being a ‘surprise package’ for this tournament. Poland are a rather well drilled, physical side whereas Senegal are also well organised defensively but will be looking to utilize their nimble forwards in Moussa Sow, Diafre Sakho and Sadio Mane. The stamina of Idrissa Gueye and Cheikhou Kouyate in the middle could also be a promising presence for the African outfit. I feel Senegal are very possible of causing an upset.

Bahraini referee Nawaf Shukralla will take charge of this fixture. The 41-year-old officiated at the last World Cup in 2014 – but will have the helpful assistance of VAR that has been at the front of many topics of discussion.