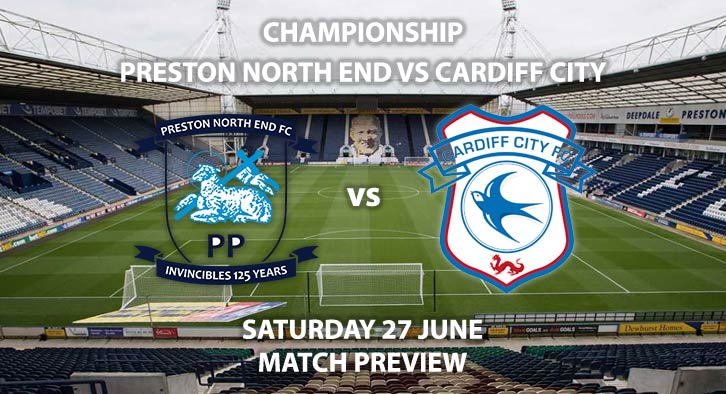 Preston North End will host Cardiff City in Championship action this Saturday with both sides still in the play-off race.

Preston find themselves sixth in the league table, just one place ahead of Cardiff on goal difference. The hosts conceded late on to draw 1-1 with strugglers Luton Town in their last match whilst the Bluebirds pulled off a shock 2-0 victory over Leeds United.

Preston are favourites for this match and are priced at 13/10 to win the match by SkyBet and make up for two points dropped last weekend. Despite their promising position, Preston are without a win in four league matches. However, they boast the fourth best home record in the league and often perform well against teams with Cardiff’s tactics.

In attack, Scott Sinclair has looked great since the turn of the year and scored in their last match against Luton. He is priced at 14/5 to score anytime.

Cardiff are underdogs for this fixture despite beating Leeds on their return to action and are priced at 21/10 to win the match. Coming in off the back end of the Leeds heroics, Cardiff will feel confident they can steal the show yet again. They are a defensively focused team, who have the lowest possession and passing stats in the league and they look to catch teams on the counter. Preston are comfortable on the ball and Cardiff’s tactics could play into their hands.

Going forward, Robert Glatzel scored in their last match and could be a handful for the Preston defence. He is priced at 12/5 to score anytime.

Last time these two met, neither side scored as they played out a 0-0 draw in a rather forgettable match-up. 30 booking points were brandished during the match and SkyBet are offering 1/1 for 40+ booking points this time around.

Preston North End vs Cardiff City will be televised on Sky Sports Football HD and kicks off at 12:30.

– This game will be tight and tense with plenty on the line, but Preston have that little more quality in attack.