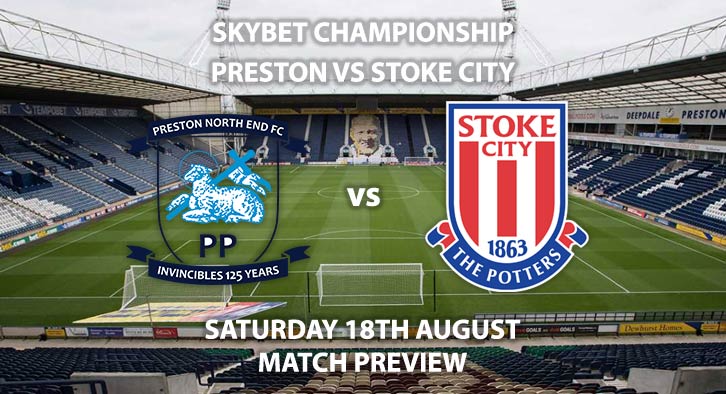 Preston North End vs Stoke City: Stoke head to Deepdale in search of their first win of the season as they take on Preston in Saturday’s tea-time game.

The Potters followed up an opening-day defeat to Leeds with a home draw against Brentford last time out. Despite taking the lead through Benik Afobe, his second in two games, they couldn’t hang on for three points. Having leaked four goals in their opening two fixtures, Gary Rowett will be keen to shore up his leaky defence. At Leeds, they were carved up too early, which shouldn’t be the case given their personnel. Having spent big money in the summer, Rowett is still figuring out his best side, which will take time. They will be desperate to get that first win, though, given their tag as pre-season title favourites.

Preston bounced back from their first defeat of the season with a comfortable 3-1 win over Morecambe in the first round of Carabao Cup. In the league, they have won one and lost one, although they were unlucky to leave Swansea without a point last weekend. Preston have already shown signs of their form last season; they are a tough nut to crack. Defensively they are resolute, which always increases your chances of winning football matches. They do have goals in the team, although that is probably the department they lack in, slightly. I expect them to do well again this season – they will be pushing for a top six finish once again, I’m sure.

Andrew Madley has been appointed as the referee for this match. After two games this season, the Englishman has an average booking points total of 27.5. He is also one of only two Championship officials to have shown a red card this season. Therefore, I would advise a maximum total of 40+booking points for this game.

Preston are a tough team to beat, especially at home. However, if Stoke want to gain promotion, then they have to be getting at least a point in games like this. Coincidentally, that’s exactly what I think will happen, with both teams likely to cancel each other out.

Preston North End vs Stoke City will be televised live in the UK on Sky Sports Football this Saturday with kick-off at 17:30 GMT.

Odds and markets last updated on Thursday 16th August 2018 @19:02 GMT. Markets maybe updated prior to kick off so keep checking back – we will update the time for when the tips were last updated when doing so.