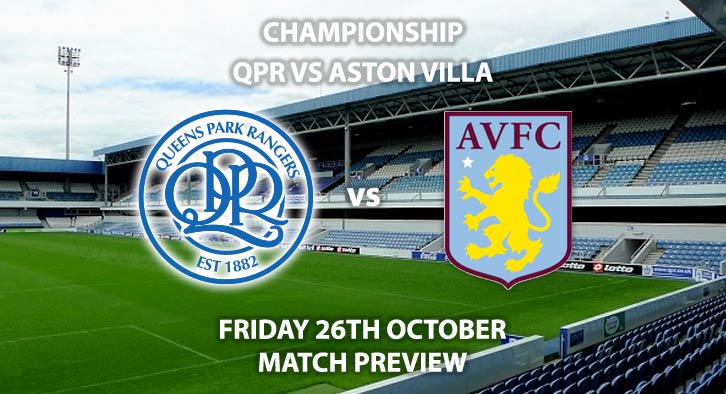 QPR vs Aston Villa – The hosts enter the fixture on the back of a great 3-0 victory over Sheffield Wednesday. Meanwhile, Aston Villa will be hoping to bounce back from their 2-1 defeat to Norwich. Dean Smith’s side threw a 1-0 lead during the second half, with many calling it the shock of the weekend.

QPR are priced at 13/8 by SkyBet to win, despite many tipping Aston Villa to come out victorious. Given their poor start, the London club has really turned it around with 20 points from their 14 matches. They currently sit 1 point below the play-off spots. One player who has impressed so far has been Eberechi Eze. The attacker currently has three goals and one assist and is 5/2 to score anytime.

Their defensive efforts have been sub-par so far with 19 goals conceded from their 14 outings. Of their home matches, they have conceded two or more goals in 33% of them. Villa to score 2+ goals is 6/4.

Aston Villa are also priced at 13/8, with SkyBet unsure as to who is favourite. As aforementioned, their last outing was a disappointing one and put a dampener on Dean Smith’s perfect start. One player who is looking tricky is Tammy Abraham. The Chelsea loanee already has four goals and is 7/4 to score anytime. He may be joined up front by Jonathan Kodjia who has also impressed so far. Kodjia is 5/1 to break the deadlock.

Villa have also been having defensive troubles that are the main reason for their low league standing. With 22 goals conceded and picking two or more out of their net in 46% of their league games, their leaky defence could begin to haunt them this season. QPR have pace on the counter that could cause vital. Both teams to score is 8/11.

The referee for this match will be Darren England. He hasn’t been shy with his cards so far this season, with an average of 40.6 booking points in his 9 Championship matches.

Dean Smith is still getting used to his new club, but will not be shy with them in terms of making up for the Norwich result.