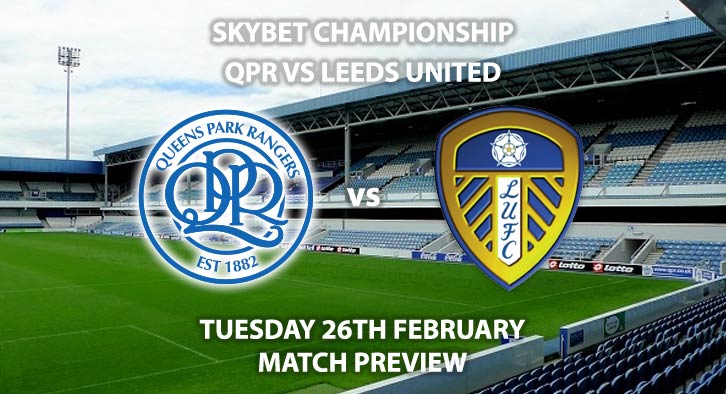 The hosts enter this match in torrid form. They have five straight losses in all competitions and just one win from their last ten. Meanwhile, Leeds have found that winning feeling again, with two back to back 2-1 wins over Bolton and Swansea.

The bookmakers are weary of QPRs recent form and SkyBet have priced them at 29/10 to win. QPR have fallen down the table in poor style and find themselves 18thin the standings. They failed to score in their last outing that saw them lose 2-0 away to Middlesbrough. Hoping to turn their fortunes will be striker Nahki Wells. The striker has six goals for the season and is 11/5 to score anytime.

QPR sure have been entertaining this season. Five of their 16 home Championship matches have seen over 4.5 goals. They are 6/1 to win and for both teams to score.

Leeds are favourites for this encounter and are priced at a tempting 10/11. As mentioned, Leeds enter this match in good form. However, the last time these two met last month in the FA Cup, they lost to that same 2-1 score line they seem to win by so much. Their away form does also not represent the dominance they would wish for. They have won two, drawn one and lost a further two in their last five matches on the road and conceded ten goals.

Trying to score the goals on the other side of the pitch has not proved difficult for Marcelo Bielsa’s side. With Kemar Roofe’s involvement questionable, Leeds will hope to call on Mateusz Klich who has scored seven times from midfield this season. He is price boosted to 14/1 to score first.

The referee for this match will be Andy Davies. The official has not been too lenient when officiating in this league this season. He has averaged 40.8 booking points per match this campaign.

QPR vs Leeds United will be televised live in the UK on Sky Sports Football HD and kicks off at 19:45.

– The visitors will not want to drop any points against a struggling side in. the business end of the season.

Odds and markets last updated on Tuesday 26th February 2018 @17:54 GMT. Keep checking back to see if there’s any updates to markets – the time stamp in the previous sentence for when we update tips on this page will be updated.