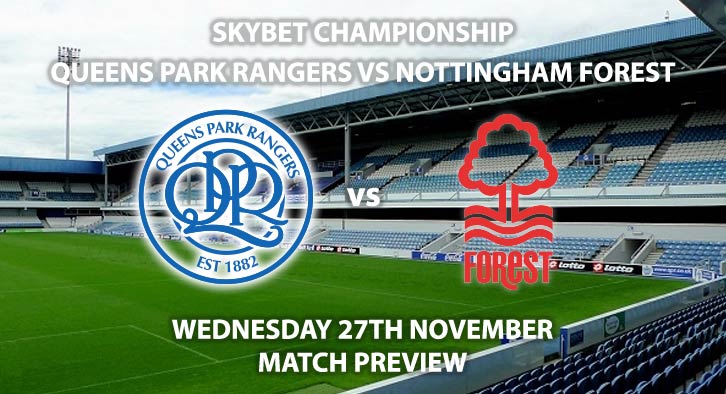 The hosts are in desperate need of a victory as they are without a win in five matches and have dropped to 12th in the league standings. Meanwhile, Nottingham Forest are looking like real contenders for the play-offs, or even automatic promotion, with two wins and a draw from their last three matches.

QPR are priced at 5/4 to win by SkyBet and end their torrid run of form. The London based side have failed to make Loftus Road a fortress this season and it has cost them. Despite this, some of their individuals have impressed such as Nahki Wells, Jordan Hugill and Eberechi Eze. The first two have eight goals a pair and are causing all defences headaches with their dynamic partnership. They are both priced at 13/8 to score anytime.

Nottingham Forest are priced at 2/1 to win the match after their frustrating draw with Bristol City. Sabri Lamouchi is building a dangerous team in the Midlands and they will fancy their chances heading to the capital. They have lost just two of their last eight matches and are incredibly tough to beat on the road.

Striker Lewis Grabban has been his usual clinical self in the second tier and has seven goals so far this season. He is priced at 13/8 to score anytime.

Both of their previous two meetings have had just one goal in them. Whilst it is likely to be an open and entertaining affair, if you fancy the pattern to continue, SkyBet are offering 11/4 for Under 1.5 goals.

The referee for this match will be Stephen Martin. The official has averaged 26.7 booking points in his nine second division appearances – one of the more lenient available.

The match will be televised on Sky Sports Action and kicks off at 19:45.

– The visitors are in slightly better form and will dominate the midfield battle.