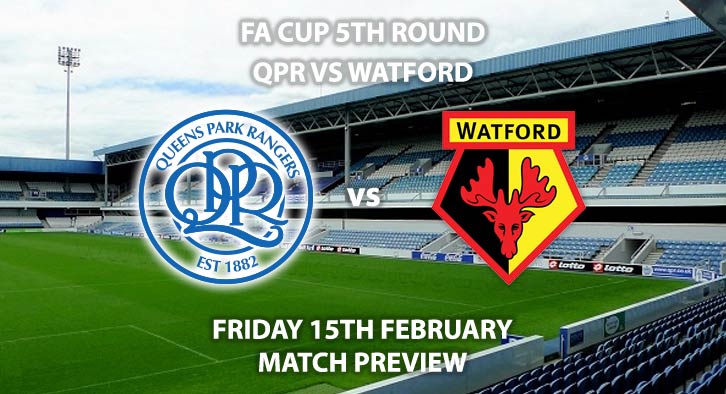 QPR vs Watford: Watford travel to Championship side QPR looking to seal a place in the quarter-finals of the FA Cup in an all-London affair. The Hornets have enjoyed a great season under Javi Gracia. They sit eighth in the Premier League, two points behind Wolves. As well as a strong showing in the league, Watford reached this last 16 with a 2-0 win over Newcastle in the last round. They also beat Woking in the third-round, having played away from Vicarage Road in all three ties. Their form, in general, is impressive, they’ve recorded just one defeat in nine. Andre Gray grabbed the decisive win in their 1-0 win over Everton at the weekend. The former Burnley striker also broke the deadlock at St James’ Park in the last round – so he could be a good bet to get on the score sheet. QPR are another side who have performed above expectations this season. Steve McClaren’s side are 16th in the Championship table but are 13 points clear of relegation. They were beaten in dramatic circumstances in midweek, as they lost 2-1 to in-form Bristol City in the 90th minute. QPR have only won two of their last 11 in all competitions, with both of those victories coming in the FA Cup, at home. Nakh Wells scored in both of their matches with Portsmouth in the last round and could be another good bet to score. Michael Oliver is the referee for this fixture. The Englishman has officiated 14 top-flight matches this season. In that time, he has accumulated an average booking points total of 31.4. Therefore, I would advise a maximum of 50+ total points for this fixture. Watford have been going great guns in recent weeks and I don’t think they will make wholesale changes to their starting side. QPR’s form has tailed off massively in recent weeks. Therefore, I’m backing the Premier League side to progress. QPR vs Watford will be televised live in the UK on BT Sport 2 with kick-off at 19:45 GMT. Prediction: QPR 1-3 Watford

As always we don’t recommend covering every single pick – from the RequestABet selections we advise covering up to 3 bets depending on your budget. Odds and markets last updated on Friday 15th February 2019 @18:38 GMT. Remember to keep visiting the tips and preview area for further updates and betting previews around this weeks domestic action.