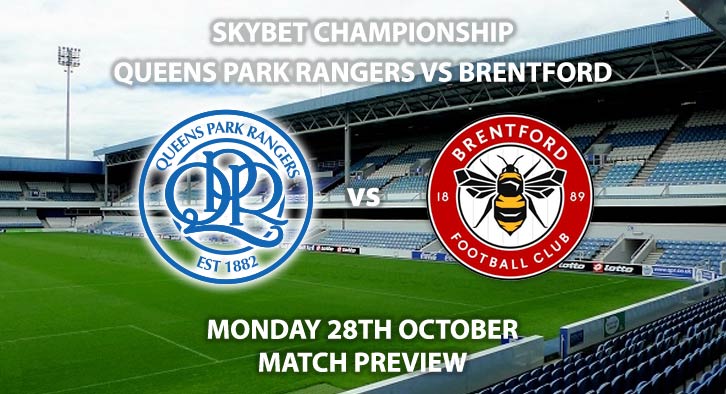 QPR are high flying so far this season and currently sit fifth in the league standings. They are unbeaten in three matches and they are often involved in high scoring affairs. Their previous outing against Reading ended in a 2-2 draw.

Meanwhile, Brentford are comfortably mid-table and managed to get a big scalp during the week. They defeated out of form Swansea City 3-0 away from home in a very impressive performance.

QPR are priced at 7/4 to win the match on SkyBet. The hosts have been a very entertaining side to watch so far this season. Much of this is thanks to their attacking options, focusing mainly on winger Eberechi Eze. The trickster has already managed to get six goals and 3 assists so far this season. He is priced at 3/1 to score anytime – as a penalty and free-kick taker, these odds are very tempting.

As aforementioned, QPR have been involved in a lot of crazy matches. They are price boosted at 9/2 to win and for both teams to score.

Brentford are priced at 7/5 to win this match, with the bookmakers struggling to pick a favourite. The visitors are making amends after a poor start to their season. In their previous two outings, they have scored three goals. Ollie Watkins has been in inspired form and has eight goals so far this campaign. He is priced at 10/3 to open the scoring and is sure to be the main threat to QPR’s defence.

The referee for this match will be Andy Woolmer. The official has averaged 38.6 booking points from his seven Championship matches. QPR have averaged over 10 booking points more than their opponents this season. SkyBet are offering 11/8 for the hosts to have the most booking points.

Queens Park Rangers vs Brentford will be televised on Sky Sports Football HD and kicks off at 19:45.

– Both sides are in decent form and have similar threats to each other. Could cancel themselves out.