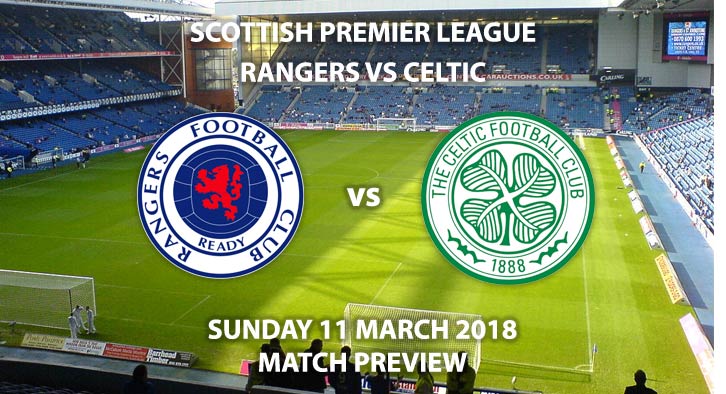 Rangers vs Celtic: Rangers host Celtic in the Old Firm derby as the visitors aim to move nine points clear at the top of the Scottish Premiership.

Celtic will have their eyes firmly set on the league title after crashing out of the Europa League last week,. They currently hold a six-point lead at the top of the division, with a game in hand. Whilst Celtic will head into this fixture as hot favourites, a win for Rangers could open the door for them with eight games remaining. Celtic have won just three of their last seven games, in one of Brendan Rodgers’ worst runs at the club.

Defeat against Kilmarnock was only their second in the league this season, after previously surrendering their unbeaten run against Hearts. Nine goals in their last seven goals is quite low for Rodgers’ side, whilst they have also conceded six in the process. Star striker Moussa Dembele is enduring his leanest patch since joining the club. The Frenchman has just four goals in his last 15 appearances although three of those have come in his last two games.

Rangers know that Sunday’s clash is must win if they are to hope of catching the league leaders. Since taking charge, Graeme Murty has lost two of his 15 games in charge. He has yet to taste victory in an Old Firm clash but this could be the perfect opportunity for him to break that duck. Josh Windass has been in impressive form this season, with 16 goals in all competitions. Windass, son of Dean, has scored ten goals in his last eight games, making him Rangers biggest threat going forward. Alongside top scorer Alfredo Morelos, Murty will be hoping his dynamic duo can cause Celtic enough problems to win the game.

Celtic are unbeaten in nine games against Rangers. Rodgers is yet to taste defeat against their arch-rivals and they have already won at Ibrox this season. Rangers last win in the derby came back in 2012 before the club liquidated.

Willie Collum has been appointed as the referee for Sunday’s clash. The Scotsman has an average booking points total of 49.2, the third highest in the league. Collum is one of the most experienced officials in the league, having refereed 18 league games, the joint highest.

Rangers have to win on Sunday. Given Celtic’s recent wobble, I don’t think they will be as dominant as usual. Therefore, I am opting for a draw. Rogers may set his side up to avoid defeat, which would maintain their healthy cushion at the top of the table. Thus, I think BTTS and draw would be my bet at longer odds.

Rangers vs Celtic will be televised live in the UK on Sky Sports Football with kick-off at 12:00 GMT.

More markets will be added over the weekend prior to the game kicking off on Saturday evening.